“Wizkid’s Story Is Incomplete Without Me” – Samklef 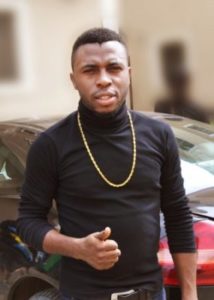 Popular producer, Samklef was interviewed recently, by Punch Newspaper. In the course of the interview, the producer talked about a number of issues including his history with Wizkid and the present state of their relationship.

The producer currently signed to Akon’s KonLive Records, and who recently declared his gubernatorial interest in the soon coming Imo State Governorship election has confirmed that he had a misunderstanding with the Starboy in the past, and that the misunderstanding has been resolved.

He said, “I am part of Wizkid’s history whether he like it or not and he cannot write his story without mentioning my name. I have always respected Wizkid’s hustle from day one. He has a strong will. So far so good, we have settled the misunderstanding between us in 2015 after one of my trips from America. We are all busy now, so I am no longer worried about whatever people say because at the end of the day, we all have our journey in life and success is the most important thing. I am no longer bitter at Wizkid, the past is gone.”