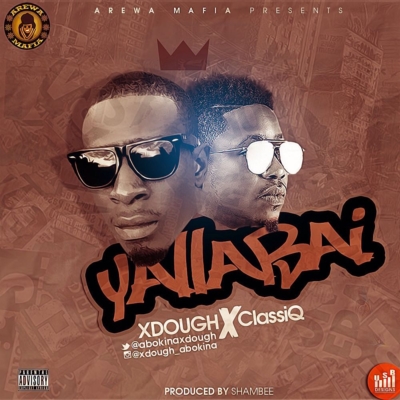 Arewa Mafia Presents New wave of Hausa Rap.
XDOUGH is the new face of Arewa Mafia, the brand that has been known for their rich content of hausa rap music.
AreWaMaFia is said to be the strongest music group movement in the Northern part of Nigeria at the moment, just like you will mention the YBNL, Mavin, Penthouse and many more.
This song has got the Northern Rap king himself “ClassiQ” on this track titled ‘YALLABAI’ -XDOUGH FT. CLASSIQ, meaning Boss! The song has shown some slick flow of Hausa chorus infusions with the indigenous rap touch. XDOUGH whose real name is Ahmed babajo, hails from Zaria in Kaduna State.
Song Produced  by Shambee.