Is YBNL Princess “Temmie Ovwasa” The Next Big Female Artist? 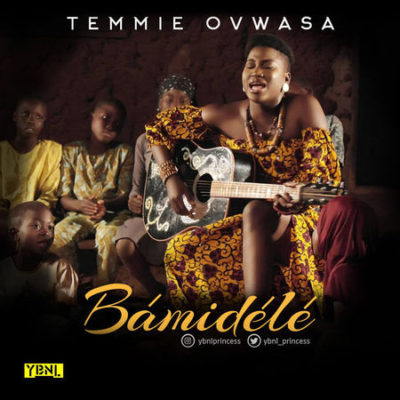 On January 17, 2016, Olamide called for the attention of up and coming artistes, and the entire populace of Nigerian music lovers, in a tweet. The YBNL boss was searching for a YBNL first lady and his specification was made known in his tweet, which read:

“my YBNL First Lady should be a combination of Asa and Dej Loaf… What do you suggest? #YBNL1STLADY.”

In April that year, Olamide announced that he had found his YBNL first lady and presented her to the world as Temmie Ovwasa. The announcement of the young beautiful guitarist as the YBNL first lady with a blend of Asa’s soulful artistry and Dej Loaf’s out-of-the-box character was met with mixed feelings.

With her debut single, Jabole, most fans only wanted to listen to the young lady who convinced Olamide with  her talent. Most people had little intention to judge her. Her follow-up track, Afefe was more critically considered and then the impression about her music started to form in the hearts of her listeners but still, a second track was not enough to make conclusions on her talent.

However, with the release of her third official single titled, Bamidele, fans are beginning to feel like they know Temmie Ovwasa enough to make critical comments about her music. Olamide thinks she is a fine blend of Asa and Dej Loaf, and although the TooXclusive team have had several discussions about it with some of our individual opinions presented below, we are eager want to know the thoughts of our esteemed visitors. Has Olamide found a new Asa in Temmie Ovwasa?

@dahnielz: We know truly that Asa’s shoes are way too big for anyone to fill but we can’t ignore the fact that Temmie Ovwasa’s Bamidele reminds us of a certain Asa before the “Asha” album. All Temmie needs to do now, is surround herself with the right mind(s). No offence meant to Pheelz or whoever produced it, but I’m confident that a Cobhams Asuquo would have done better on this song.

@tommy5smith: Temmie did well on the song Bamidele, after a while she is here to deliver the Asa-like sound that the YBNL boss has always wanted. This song is a great step forward for her but she is not yet up to Asa’s standard. If she can work with more producers, it would help her a lot and perhaps then, she would be up to the game. Nonetheless, Bamidele is a great and cool afro-soul song and it is on replay.

@therealmarcusbrown: I never expected this. Temmie is certainly the queen of alternative soul. No work of art is ever perfect but I have to be biased in her favour, ‘cos this sounds perfect.

@jimancipation: What are you saying? Queen of alternative soul? That’s a clearly exaggerated and over sweeping statement if you ask me. So Asa would now be who then? Unless someone else was thinking ‘fairy godmother’ really but boy, please! What is this thing anyway with colloquial comparison in our music industry? I’d like to blame Olamide for the scrutiny tag he placed on her back right from the get-go but if we’re to be fair, I think even he is allowed to have standards and share same. Personally, I think Temmie is simply amazing. To some, she may be nothing like or in the sort of Asa, but she’s got that deep heart and spiritual soul to tread the terrain that the legend commands. It is obvious that her time away was put to good use as Bamidele shows her growth and a new level of  depth reached for an artiste of such unusual order.

@ibironketweets: I beg to differ that Temmie should be compared to Asa. I think we’d burden her small shoulders with the weight of filling Asa’s big-size shoes. I think we should be looking for growth in her artistry and I think it is evident. Her music now comes across more mature than it did in her first two tracks. I think she would need more time to become that first rate afro-soul artiste that we all want her to be. She has shown that she has the necessary raw materials. I totally agree that she should work with other producers too to make the best of her talent.

Do you share similar or contrasting views with any of the thoughts presented above? Please proceed to drop your comments in the section below.