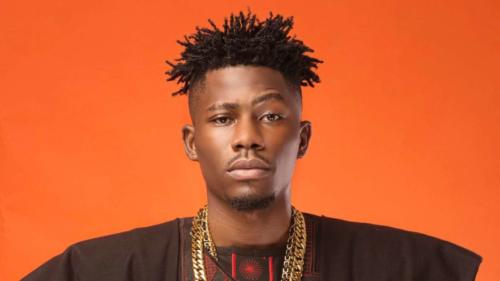 The rapper has been constantly teased by fans as Barcelona came out victorious with three goals and Manchester United with none.

He tells fans to stop asking him about the match as he wasn’t one of the players that participated in the game. He took to his Instagram page to share a picture he took while rolling his eyes.

This is legit my face since y’all can’t stop asking me about @manchesterunited as if I’m the one that was on the pitch last night ?