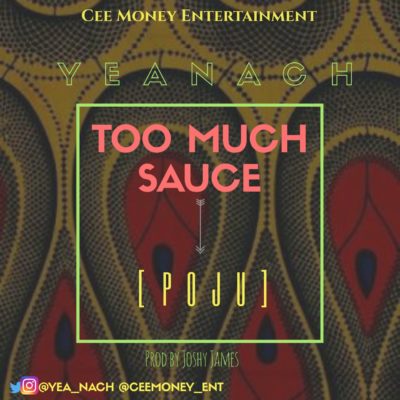 Yeanach real names Olayinka Adesanya makes a comeback to the music circuit with this new school vibe titled “Too Much Sauce”. Yeanach who previously released Ghetto Made and Ajibole some years back took a break to focus on other aspects of entertainment, He is a label executive and signed to Cee Money Entertainment, a creative director of YeaTag which is his fashion brand while he also runs a course in film and video directing outside Nigeria.

Too Much Sauce (Poju) is produced by Joshy James, check it out, share and drop your comments.

Yeanach – All The Best ft. TeeKay