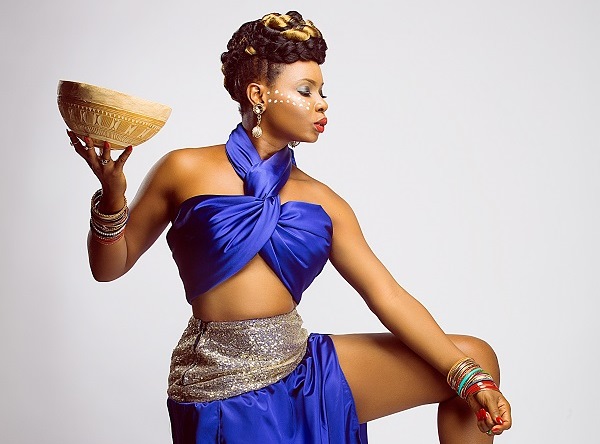 It bothers me why Yemi Alade chose to lose sight of her beauty sleep in place of a mislaid rant on social media. It is stale news… no news in fact that the Nigerian music scene is a nursery meant to feter the incredulously idiotic. Popular music here, are not at all for the impeccably sane and erudite. Ms Alade coming out to make an excuse that her foreign counterparts dumb down their lyrics so we can be coherent with their music, otherwise admits to the fact that her music has fallen short of the basic doses in bright ideas and concepts. Further more, that excuse even is a terrible, big-fat-lie!

But hold up. Wait!
Can Ms Alade excel the test of enumerating some of these international pop stars and with convicting instances of dumbed-down lyrics on their songs? I bet that she can’t. Thus I went ransacking the web for her musical influences. I found Beyonce, Whitney Houston and Angelique Kidjo as some of her mentions. They’re all pop stars, music legends infact, and one in the world music category. Yet it’s been pretty exasperating trying to marry anyone or the other over hers. The simple and clear thought remains, how do these artistes really reflect on or even influence the kind of songs mama Africa has churned out? Is it Johnny or Tangerine? Perhaps Kissing, Nagode, Ferrari or Want You? Obviously not! So please let’s think again.

On the gender bias topic introduced by Ms Alade in that video, everyone is well aware how she prides herself on the knowledge of evolving trends particularly in Nigerian entertainment, so it is perceived she would know that in times past, “MEN” like Wizkid, the Okoye brothers especially, Kcee (I mean, I couldn’t possibly leave him out of the mention), Davido too, dear dear Ice Prince and streets mafia, Olamide have been slaughtered, then chopped and diced into bits for several measures of inexcusable lyrical fracas. So what was it that she was saying again? Nobody is looking higher than the only way when it comes to female musicians and their lyrics. Matter of fact, the women are keeping it like 75 way up in that division. How often is an Asa, Tiwa Savage, Omawumi or Seyi… sorry (not Seyi Shay, I meant to say Waje), how often are females generally called out on account of this lyrical bullshit? It has almost never happened.

Lastly, laying claims to a fat bank account as a mechanism of defense over her obvious inadequacies was plain unsound of her. This has even become the trend for many celebrities these days. Not only the “MEN” sef. The fact still remains Yemi Alade will have an unrivaled position for female artistes with very corny lyrics. She knows this. It was the winning strategy on Johnny (which was her telling a relationship travail in lyrically dumbed-down style just so we would understand it, abi?) and it perhaps would explain why the feat has continued on majorly, if not all her songs, both those mildly successful ones and the somewhat critically acclaimed one….s!
So what was she really yapping on about in that video? ‘Cos me, a’don gerrith!

Clearly, I’m blightly at a loss for a justification to give on why she smiles to the bank every now and then, but far as she is concerned, it is a premise we can use to measure her success as an artiste and also test her strengths in feminism, for a world that supposedly belongs to a man. Ngwa clap for ya sef, akwiwu nneoma Africa. As big boss Rick Ross dat you is now, e was a tin of priding wen you were counted the number of zeros on ya bank statemen’ bet see as vex aff catch you now dat e find out is only humpty-dumpty using ya mizic to be dancing koffi anan on the wall. Of course the gavel has started to fall down hard, and if anybolthy dare make piim about it, the thunder… the thunder dat will fire you, it will come in a three-part harmony revamp of alto, tenor and soprano, all singing aprokoto, ayakata and ho-ha!