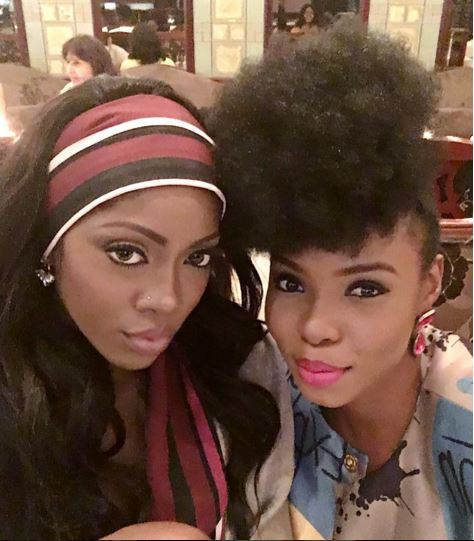 Following the uproar on social media caused by a tweet posted by diva Yemi Alade; which many believed was a diss aimed at fellow diva Tiwa Savage, Effyzzie Music executive has broken the silence on the matter.

“We are focused solely on music; we have no time for rivalry or anything of that sort. The sky is so big for everyone to fly. Do you think there is a rivalry between Femi Otedola and Aliko Dangote? Yemi Alade doesn’t consider Tiwa Savage a rival.”

Affirming that 2018 was an amazing year for Alade as she had the opportunity to take her music to new places across the globe, Aliu said,

“The only thing is to put in more work; it is never enough. As an artiste, you will always want to have more impact on your community and the world. Right now, Yemi Alade is not just a Nigerian but an African ambassador too.”

Mr. Aliyu also said Alade never took criticisms of her music personally, saying that “all she does is to work harder.”