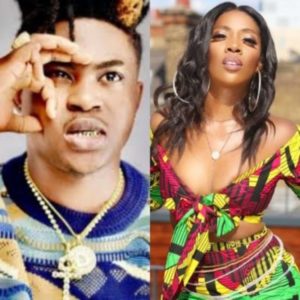 You guys would recall we brought you news about Danny Young’s claim sometime in December, 2018 that Tiwa Savage copied lyrics from his 2009 hit single; “Ojutiwon” and put it in her recent single “One” which she said was written by Wale Turner.

I never knew I would be a victim of intellectual property theft until now. the worst pain is that my song was stolen by Tiwa savage who happens to be one of my favorite female artiste???

Well, it seems Danny Young did not take the issue with utmost levity as it has been reported that he went ahead to report the issue to YouTube.  The social media channel which is known to frown seriously against copyright offence has now taken down the video to the song from their platform.

It can be confirmed to you that as at the morning of the 23rd of January, 2019, the video is no where to be found on YouTube.

Although there hasn’t been any official statement from both Danny Young & Tiwa concerning the issue, but we hope there will be an address on it very soon.

We will keep you posted.

Tiwa Savage and Brandy Links Up In The United States For This Lovely Music of 'Somebody's Son'. African bad girl,...

TX Review; Tiwa Savage “Water & Garri EP” Is A Step From The Old Into The New

Get your Party Mode Activated for the Infinix Fans Party 2021!

“Be Calm And Locate Sense” – Kizz Daniel To Colleagues