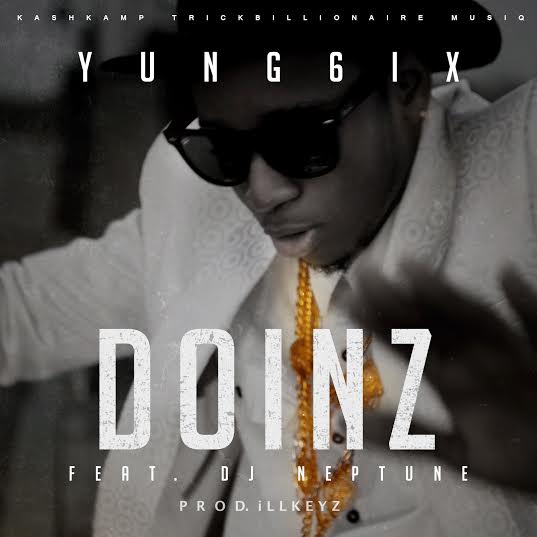 Talented rapper Yung6ix is set to thrill the public yet again as he drops his new official single DOINZ which features one of Africa’s best dj’s, Dj Neptune. The song was produced by Ghanian producer “ILL KEYZ”. This song ‘DOINZ” shows the artist “YUNG6IX” with a knack for producing amazing records, currently sitting on over 10 nominations including “LYRICIST ON THE ROLL” nomination at the prestigious Headies awards, Yung6ix is not slowing down on his release of topnotch materials.

This collaboration with DJ Neptune has absolutely mind blowing lines and scratches and its the first of its kind in the world. I can definitely see the song topping charts as Yung6ix has obviously raised the bar again with a rare combination of music and dj skills.