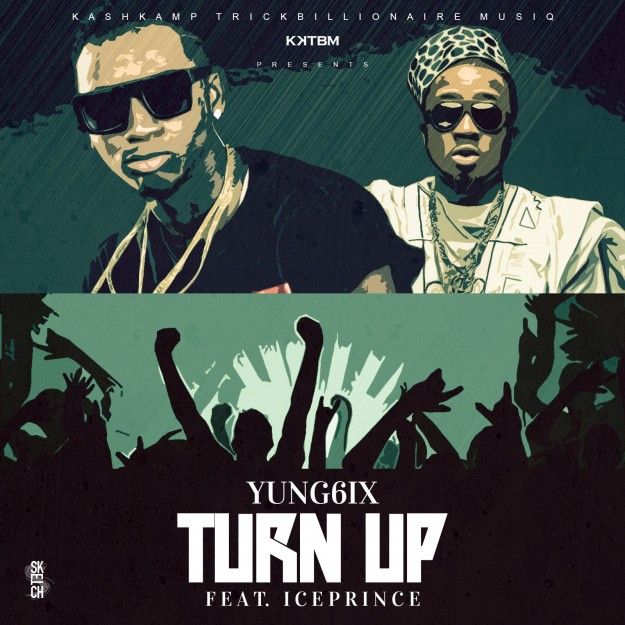 The Dawn of 6ix: Yung6ix teams up with Ice Prince in ‘Turn Up’. The ever industrious and energetic Yung6ix launches a raging assault with his fiery new banger titled ‘Turn Up’ produced by E-Kelly.

Featuring none other than the royal aboki himself, Ice Prince Zamani, Turn Up is a thumping street banger crafted in Yung6ix’s signature style, which pays full homage to hip-hop while extending an arm to the more pop-hungry streets.

Turn Up which is a single off the critically acclaimed ‘6ix O’ Clock’, seesYung6ix and Ice Prince take turns to deliver an all-round feisty, spirited performance that is sure to see this song at the top of the playlists.

Ice Prince – That Could Be Us + In The Morning ft. Terry G