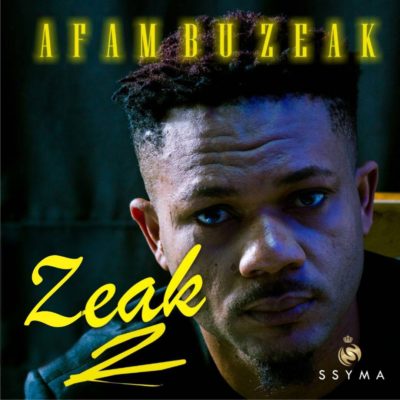 ZEAK formerly known as Babyboy officially releases his hot new single, Afam Bu Zeak (Produced by Dalukes. Mixed and mastered by Emmashyne) under the auspice of his record label, SSYMA Records. Afam Bu Zeak as a rap song chronicles stories and experiences of ZEAK which embodies everything about his identity and his drive of ambition and excellence. Afam Bu Zeak means ‘I am Zeak’ in Igbo language and here he is introducing himself, his art and most especially his love for the rap game to fans.

ZEAK started out as a professional footballer and was his team’s power singer chanting them through journeys of victories and defeats until an injury he sustained stopped him permanently from playing football officially. Faced with a critical decision of what next, Zeak settled for music and chose the path of rap.  As an artiste, his core inspirations are drawn from the everyday happenings of life with his influences cutting across rap, hip-hop and reggae with greats such as Bob Marley, Fela, Dr Sir Warrior and Tupac to thank and wonder kids like Eminem, Sarkodie and Duncan Mighty to emulate.

Zeak is the next kid on the block. Download and Enjoy his debut single, ‘Afam Bu Zeak’