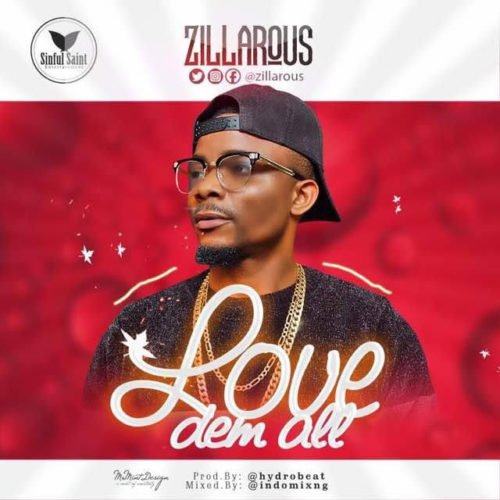 Nigerian afro-pop singer and songwriter Zillarous was born Ogberagha Lucky in Yola, Adamawa State Nigeria and he grew up in the southern part of Nigeria where he originally emerged from (Delta State)

Zillarous started music at a very tender age even before he was admitted to Delta State University, Abraka where he graduated as a computer engineer in 2014. In 2010 he formed a music duo with Two of his brothers Lexi and KDlolly and made a couple of good songs like Farabale, Them Say, Anything I Do and lots more which gave him a local recognition in school and around the neighbourhood.

In 2013 he broke up from the group and became a solo singer that has given a new phase to his music career and in 2017 Zillarous and his Brother Lexi co-opened a record Label Sinful_Saint_Entertainment (S.SE) where he drops his first official single Love Dem All. Zillarous came through with this Hydrobeat produced catching tune titled “LOVE DEM ALL” which was mixed and mastered by Indomix.