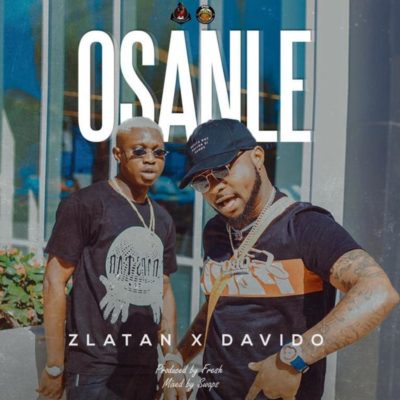 Zlatan “Osanle” features DMW Boss himself Davido. Zlatan who is the legwork pioneer returns back to the music scene with another masterpiece track in which he tagged “Osanle”.

The pioneer of the new dance “Zanku” presents this banging song Osanle and it is surely going to set your feet into the dancing floor. Zanku dance is beginning to end the run of Shaku Shaku as Zlatan release Osanle as a follow up to his last release “Zanku (Legwork)“ to foster the emerging Zanku dance that’s popular on the street now.

Hit the play button, feel the jam below and get ready to do the Zanku, “Osanle” is produced by DMW’s in house producer, Fresh VDM. It has full potentials to take over the street, buzz speakers and become charts topper.