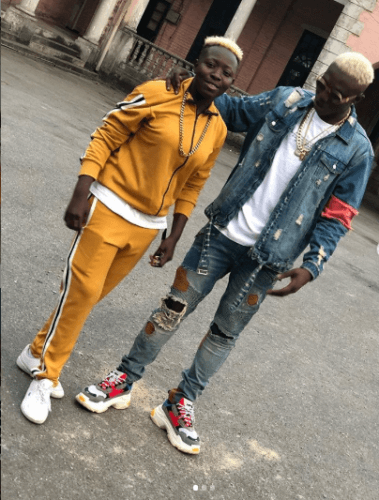 Zlatan’s girlfriend, Seyi Awonuga, has pleaded with the Economic and Financial Crimes Commission (EFCC) to release her boyfriend.

The singer was arrested alongside Naira Marley and others a few days ago due to fraud and internet related cases. Their arrest generated concerns nationwide and other artistes have also pleaded with the agency for their release.

Seyi, who manages YBNL act, Lyta took to her Instagram page to plead for her Zlatan to be released. She said, “Free Zlatan abeg, make una free Zlatan for me”.

#Zlatan’s girlfriend, Seyi takes to Instagram to beg for the release of her man who was picked up alongside #Nairamarley and three others by EFCC.

“Zlatan’s Girlfriend Cries Out To EFCC To Release The Love Of Her Life”, 5 out of 5 based on 1 ratings.