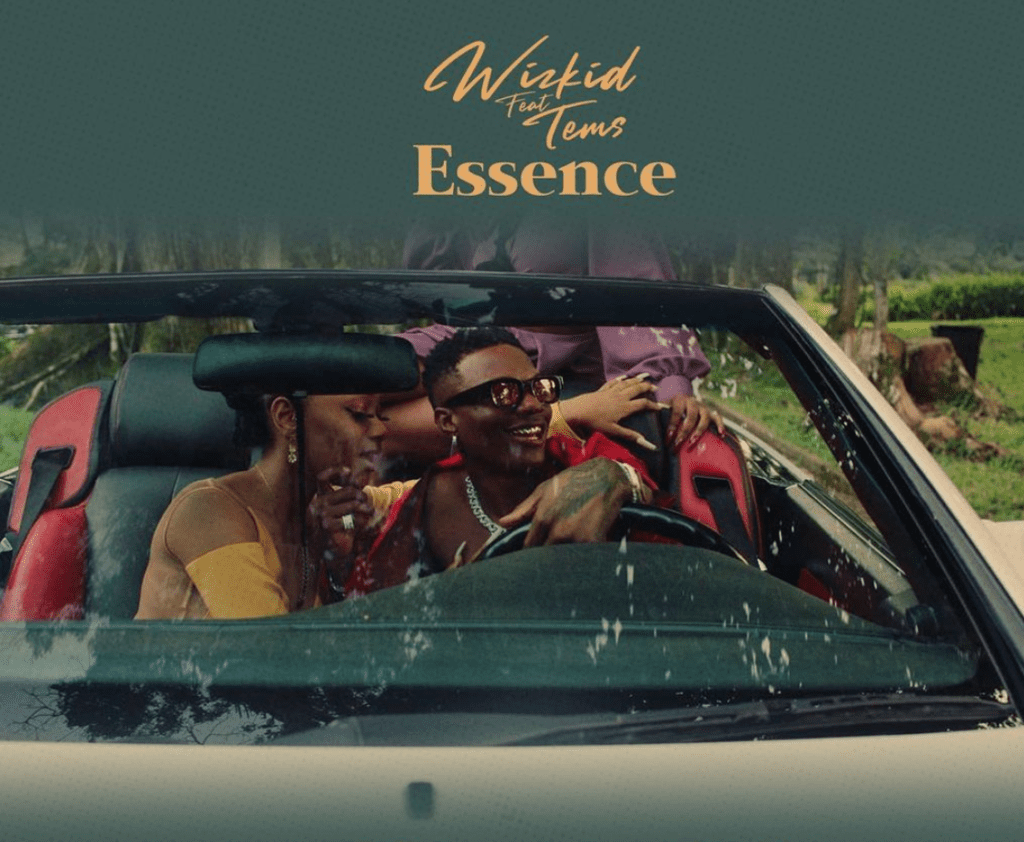 Off Wizkid’s 2020 Album, “Made In Lagos” is the Summer jam “Essence” featuring Tems.

The combination of Nigerian singers Wizkid and Tems on ‘Essence‘ is nothing short of magic. The track which arrived on Wizkid’s Made In Lagos album glides along on a blissful Afropop production that makes you want to dance and cuddle a loved one all at once. Just as its name indicates, it really has been indispensable (STREAM HERE).

Tems’ voice is delicate and sweet, making for a perfect combination to Wizkid’s deeper, warmer tones. “Essence” may have dropped during the Winter, but it’s surely heating up the Summer now.

While the song is arguably addictive, here are 10 American artists that have helped “Essence” gather momentum.

Recently, we caught Jammie cruising to Essence while taking a drive, and we could tell he was feeling it. Jammie Foxx is an award-winning American actor, comedian, singer, and producer.

2. The other day, while shaking off the hot afternoon at the pool, American veteran singer, Toni Braxton was caught grooving to Essence.

3. American actor, Keke Palmer, and friends also could not get enough of the addictive track as they were captured vibing while having a girl’s time out in the car.

4. American rapper, Swae Lee shared a video of himself vibing to Essence shortly after he got his leg tattoo.

5. Keeping Up With The Kardashian Star, and Young Billionaire, Kylie Jenner is on the long list of celebrities who have helped “Essence” grow.

6. Singer, DojaCat, and her manager were seen feeling themselves at Richie Akiva’s Oscar party, while jamming Essence.

7. Here are the words of American veteran rapper, Snoop Dog while he jammed “Essence”

8. Bad Gal Riri, Rihanna caught the Essence fever. See her jamming to it while in the studio.

9. American actor and comedian, Kevin Hart got infected by this summer jam and couldn’t help by share to the world.

10. American Model, Bernice Burgos who trended for her role in DJ Khalid’s “Do You Mind” video also caught the Essence fever.

FOREX: AN ART DESERVING OF MASTERY