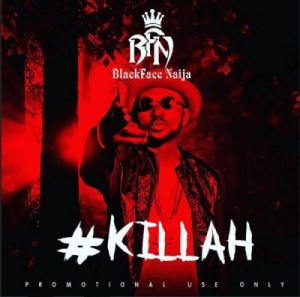 Recall, some day back, Dammy Krane accused Starboy boss, Wizkid, of stealing his Shit, an accusation that eventually ended up turning it a physical battle, well, Blackface, with his new song has come out to accuse Wizkid too.

In the first verse of the song titled ‘Killah,’ Blackface talked about Wizkid stealing his song and would deal with him should he not desist from such act.

Boy Wizkid try steal me melody
But them copycat na gat me energy
Me burn them and send them to the cemetery
Tell dem copycats them playing with fire
Tell dem be original or them better retire
Because
My fellas no go hesitate to fire
Run dem down..marsh up dem empire.

Wizkid is yet to respond to this new accusation, and as always, i doubt he would, but if he does, trust him to be coy about it or even turn it into yet another royal rumble.

“Blackface Calls Wizkid Out In New Song, Accuses Him Of Theft”, 5 out of 5 based on 1 ratings.