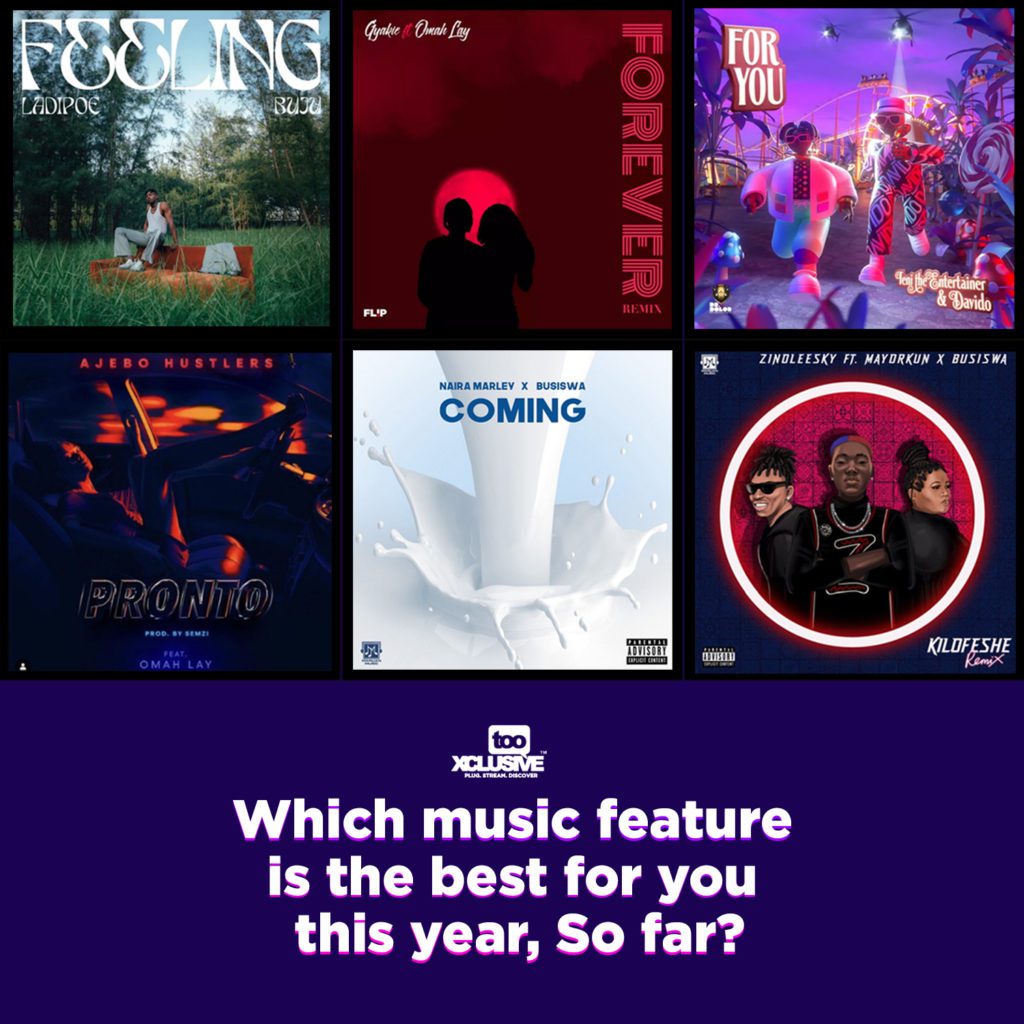 Top, buzzing and rising Nigerian artistes joined forces with themselves and some African artistes to release bangers for the year. These artistes blessed music fans’ playlist with Topnotch collaborations and left a sound mark that can’t be erased easily.

For this reason, Tooxclusive has compiled a list of the best collaborations of 2021… So Far! Here are the 15 Top Collaborations;

“For You” by Teni featuring Davido

“Somebody Baby” by Peruzzi featuring Davido

“Running To You” by Chike featuring Simi

… From the list above, Which of these Best Collaborations Is The Hottest! No. 1???

Kanye West Reportedly Not Moving To Another Stadium For “DONDA”

Mentor A, the well known Talented Singer is out with the crispy video of his banger song “LIKE DAT”. This...