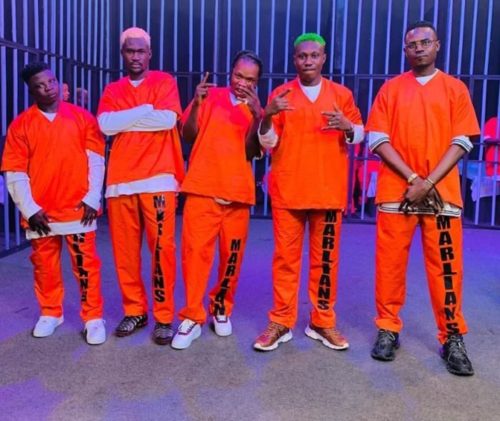 The controversial artiste who spent almost a month in EFCC custody over his alleged connection with internet fraud came up with a dance step which has gotten in the interest of a lot of people is currently the go-to dance amongst youths, while some detest it and try to stay away from the dance due to its advocacy for indisciple and anti-morality.

However, a lot of people only focused on the beautiful graphics, dance-steps and humour in the video and never paid attention to some hidden messages.

And that is why this post has been publicised, to help you pick out the important messages Naira Marley is telling his fans and the whole world through with video.

INSPIRATION FROM THE EFCC CASE

The music video inspiration is definitely as a result of his case with the EFCC, his time in prison and the rough experience.

At the beginning of the music video, Naira Marley showed the mugshot of those who were arrested along with him over alleged internet fraud. He was trying to let us know those who EFCC wrongfully arrested and detained for some couple of days over crimes they didn’t commit.

Although they didn’t last long in EFCC custody as there was no concrete evidence against them but to Naira Marley his Kiri Kiri story isn’t complete without him adding these guys.

INSIDE LIFE [A different lifestyle inside prison]

Lifestyle in prison is totally different from the outlandish life outside prison. He clearly saw a different way of life, no wonder the song has a catchy line, “inside life.”

In the music video, Naira Marley showed how he was celebrated whilst in the prison as many thought his arrest would be the beginning of his career downfall. He was crowned a king by the inmates.

He also passed a message to his mother that he would always make her proud irrespective of what happens to him and that her tears would be of joy and not of sorrow.

Nifemi is a graduate of the University of Lagos. He's a unique user of the pen when it comes to the expression of whatever. He is editor-in-chief of the organization and also a writer of news, articles, editorials and a lot more to help expand the level of knowledge of the readers and simultaneously have them entertained. A lover of music and football is who he is and a Man Utd die-hard.
Submit your comment
18 total pingbacks on this post
VIDEO OF THE WEEK