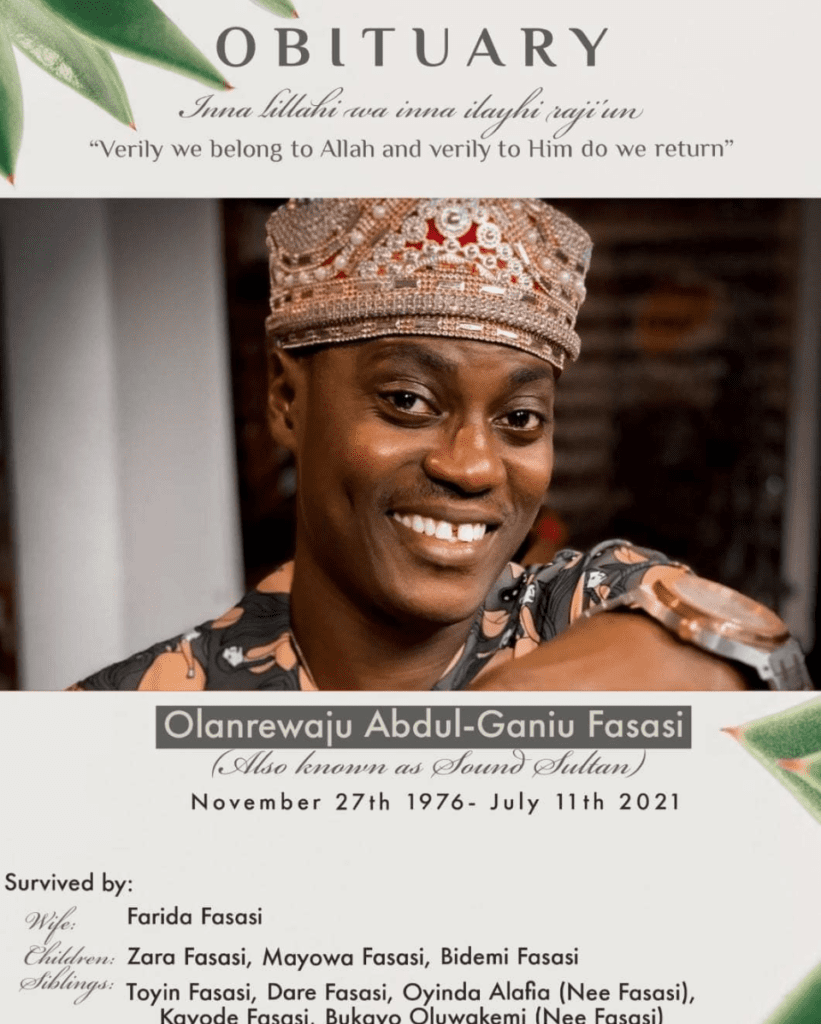 On the 11th of July, 2021, Sound Sultan passed on in New Jersey (U.S) after a short but pugnacious battle with angioimmunoblastic t-cell lymphoma. Today 18th July, we remembered the Nigerian Icon, rapper, singer and entertainer after his 7 Days Firdaus Prayer which took place yesterday via Youtube, and created this article to bid him Farewell.

Sound Sultan is most probably one of the most underrated Nigerian musicians you ever heard anywhere.

His voice is sonorous, clear and a proper channel for passing across vital messages, especially those that seek to combat social ills. He may have led a quiet personal life outside of his music, but as far as his musicianship is concerned, Sound Sultan sits up there with Afrobeat greats, having had a long and successful career spanning two decades.

“Sound Sultan May Have Lived In Fela’s Shadow; But Mathematics Will Forever Remain A Social Weapon” – Merije, 2021.

If there’s one thing peculiar about his music apart from the efficiency with which he delivered love joints, it’ll be the way he attacked social ills and the Nigerian government with his metaphors, sarcasm and just pure poetry.

Here are some of the best weapons in his arsenal; 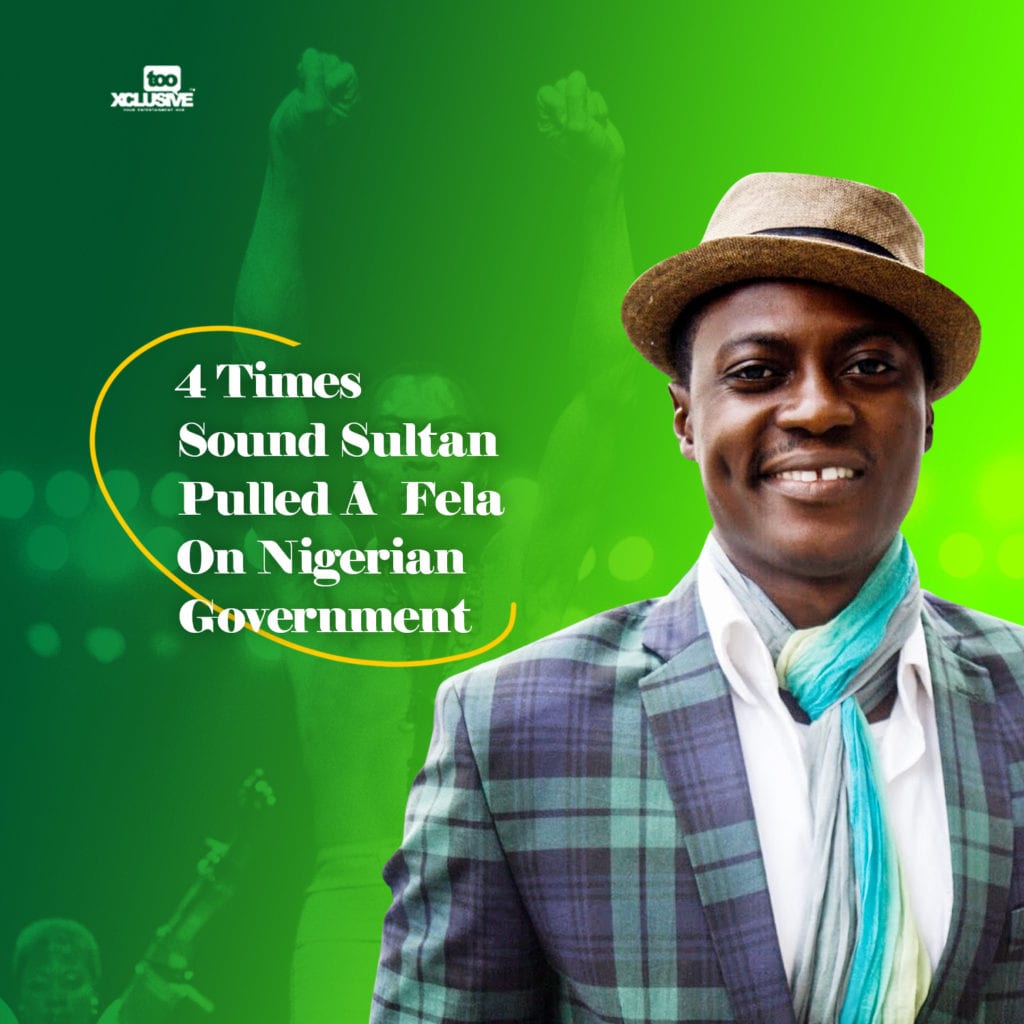 I. In his 2000 hit song, “Mathematics“, Sound Sultan described Nigeria as ‘Jagbajantis’ facing problems capable of consuming it.

He argued that just as BODMAS (Bracket of Division, Multiplication, Addition and Subtraction) was deployed to solve mathematical problems, BODMAS can also be used by sensitive leaders to solve Nigeria’s problems.

He opines that the inefficiency of our leaders is the reason for the display of clannish affinity through body language, policy formulation and implementation of the ‘converted democrat’ which is tearing the country apart.

Brotherhood, Objectivity, Democracy, Modification, Accountability and Solidarity are some of the solutions he provided to Nigeria’s problems. Fela would have been plenty proud of that song.

II. In another Classic hit song, “GenGen“, Sound Sultan pulls another Fela on the Nigerian government came in as Sultan Bond 007.

He talked about the transition of power, from Military men to civilians (Democracy).

In this song, Sound Sultan reveals how the same Military men have been ruling in Nigeria, the change of power is just the Generals (Soldiers) changing their Camo Uniforms to Agbada. The power still stays among the Military men and claiming Civilians.

He talked about different actions sections in the Senate House and House of Assembly, how the incompetent politicians disgrace the country with their greeds in the House.

He predicted a time when the bushmeat will turn back at their tormentors and begin to hunt them. He reiterates that Nigeria is led by cliques and cabals who pilfer public funds, while the masses lack electricity, shelter, food and water among other basic amenities.

Ole is another song where Sound Sultan goes full on Fela mode, kicking in his activist hat and ensuring that his message was properly passed on.

In this song, he attacks Nigerian leaders who are guilty of always embezzling public funds and diverting public resources for personal use.

That has nearly collapsed the economy, the leaders keep perpetrating more and more.

As the title depicts, “2010” is a political song released in year 2010 as a reminder for the Nigerian Government about their promise to provide constant electricity supply by the year 2010. Sound Sultan and M.I speaks specifically about the electricity problem and how this has stalled our collective progress as a Nation.

Sound Sultan definitely saw the future, like so many people and used his music as his weapon to fight against a future he knew his people didn’t deserve. He deserves to be called a Super Hero.

Continue to Rest In Peace Ninja