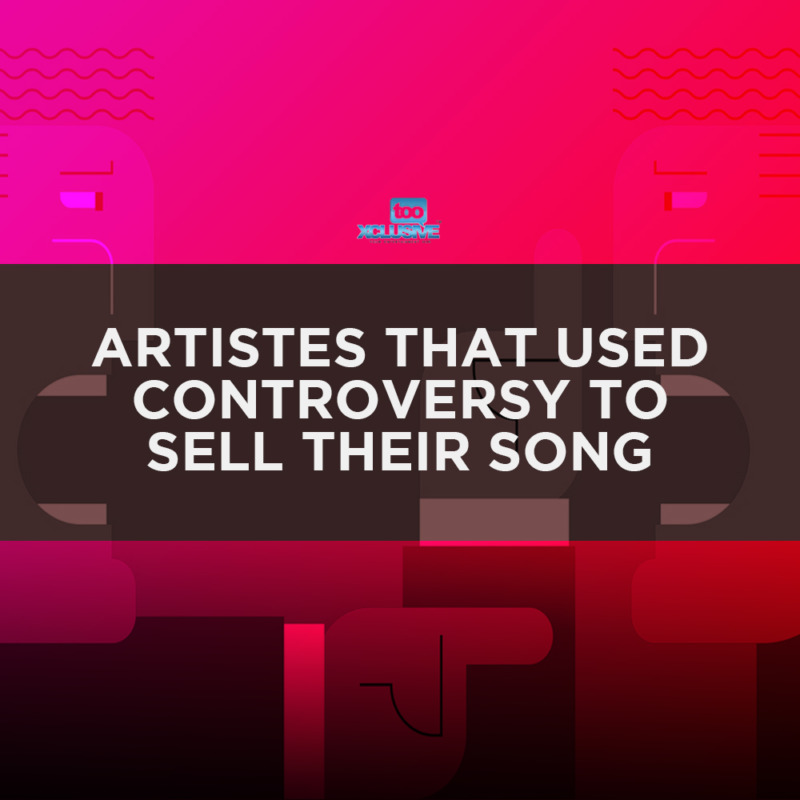 At a point in their careers, every artist that has garnered attention worldwide sometimes appears in the news for the wrong reasons. Some of our favourite artists are proof that being in the public eye isn’t all that easy and not even enormous amounts of fame and fortune can save them from being involved in some crazy controversies and drama.

However, for some artists, some of these controversies are mere coincidence, while for some it’s not. Some artists have used these so-called “controversies” to sell their music. We wonder why these scandals come out at exactly the time they are set to release new music. In this article, we would be examining 5 Nigerian that successfully sold music with the aid of controversies. 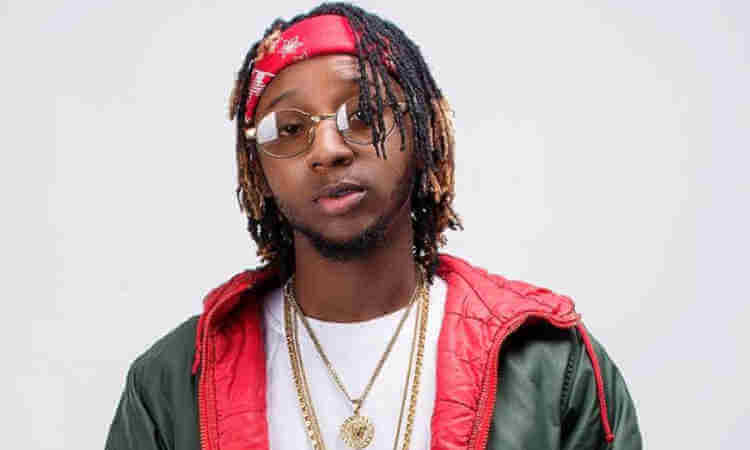 No 1 Nigerian Artist Music On the 9th of March, 2020, Nigerian disc jockey, DJ Timmy took to his Twitter account to make some crazy accusations. Timmy appeared to be frustrated and could not bear to take the pain anymore. What brought about his frustration? It was from his time as a DJ and Hypeman for Nigerian rapper, Yung6ix. Timmy had a lot to say about his relationship with the rapper.

According to him, a lot transpired between him and the rapper which eventually led to his depression. He revealed that he lost everything including his cars because he listened to the rapper. Timmy added that he was about to take his life with Sniper, a popular insecticide used to commit suicide but with the quick intervention of his family, he was able to come out of his depression.

Yung6ix had also manipulated and forced him to live a fake life while they were still working together. He said that he was forced to buy a car worth 11 million and rented an apartment worth 2.5 million Naira just to work with him which eventually made him broke and with no savings to fall back on.

Yung6ix’s reaction? The rapper reacted to the outburst in a rather calm manner. The rapper advised his former partner not to drink Sniper as whoever dies in a fight is the one that loses. “My guy no go drink sniper oh , na who die naem Lose.”.  With this response, many concluded that the rapper was a cold-hearted being that really did manipulate Timmy.

Shortly after this brouhaha, Yung6ix released a new song “Happy“. Yung6ix made sure to use the controversy surrounding him at that time to release a song but how many people knew about this song? We can’t say for sure that the song didn’t “blow” up but the entire drama didn’t just add up.

No 2 Nigerian Artist Music, One fateful evening, a UK-based aspiring singer, Daffy Blanco accused the singer of sexual assault and fraud. According to the lawyer turned singer, she was in dire need of a songwriter to give her hit songs. Peruzzi was recommended by the CEO of a bank and she met up with him to discuss their contract. She eventually made a payment of 10million for him to commence work immediately.

However, things got out of hand when Peruzzi followed her back to her hotel. Upon seeing him, she felt he had followed her to start work immediately but he had other intentions. Peruzzi almost raped her and she had to fight him off but ended up getting a scar. Daffy also revealed that he called her to apologize for his actions and tried to settle things with the help of DMW lawyer (bobo).

Interestingly this story came out few hours before Peruzzi released his single, “Gunshot”. Although he had been gearing for the release of the track after him and his former record label boss, King Patrick had a clash on social media but this time it was different. Despite the stunt, the single had barely just 70,000 views on YouTube at the time this occurred. Its views went up recently after he released a music video for it. Was this supposed controversy worth it? we don’t think so. 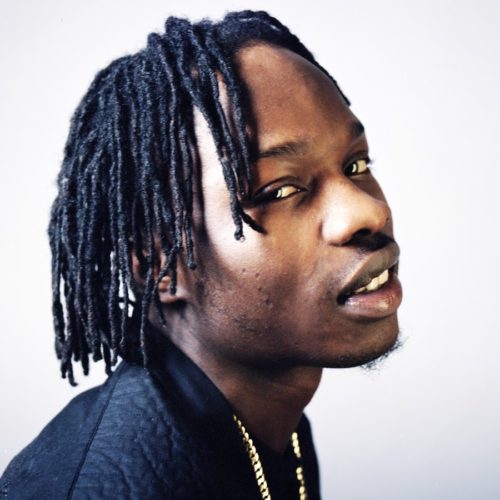 No 3 Nigerian Artist Music “When life gives you lemons, make lemonade”. Since he got his big break in the music industry, Naira has definitely mastered the art of turning the tables around for his own benefit. His heavily publicized scandal with the EFCC would have consumed any other person but he never broke down and made sure he didn’t end up being a victim but more of a survivor from the situation that shattered the music scene.

How did it start? “If you know about slavery, you go know say Yahoo no be crime.” This Naira famous controversial tweet brought about his woes with the EFCC. “Am I A Yahoo Boy” which features Zlatan Ibile and about if the singers are in fact “Yahoo boys” (internet fraudsters) was released and this didn’t even help matters. Interestingly, nearly a day after the song and video were released, the singers were arrested and the story continued with “Soapy“.

Some have argued that the singer is a product of grace and one who is being backed up by sheer luck and to some extent, this statement is true. Naira is controversy himself, everything he says, does and sings is controversy – he’s the king when it comes to controversies, and it’s always not planned and this has helped him move to a higher place in the music industry. 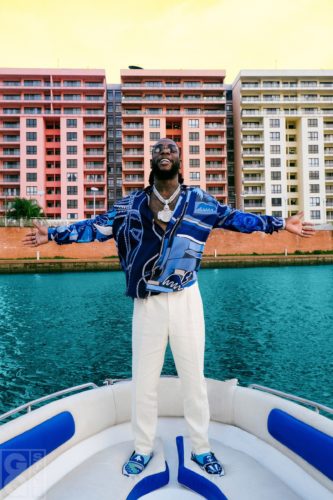 No 4 Nigerian Artist Music, No one can ever forget the day Burna shattered Twitter with claims that he is the best after Fela. What was supposed to be a simple question and answer session with his fans on the social media platform turned to a bloody war zone. Burna’s arrogance and narcissistic attitude had already been irking Nigerians for a while but this time it was too much. Like who wakes up one day to declare themselves the best after Fela just because of a few feats?

Burna Boys’ words would be forever engraved in the hearts of so many especially on the streets of Twitter because the internet never forgets when you throw tantrums like a 3-year-old deprived of candy. Interestingly, Burna had been quiet for a long time but what made him suddenly want to connect with his fans on Twitter? Sometimes these are strategies artistes put in place to gather anticipation and momentum when they are about to release a new project.

Well, his strategy worked because shortly after the episode on Twitter, he released “Odogwu“– a way of backing up his claims as to being the head of the music scene. But Nigerians were already irate and felt giving himself such a gigantic title was way over the top. You could say “Odogwu” was a hit because of the catchy name but music critics would tell you it was quite below standard from his previous efforts. 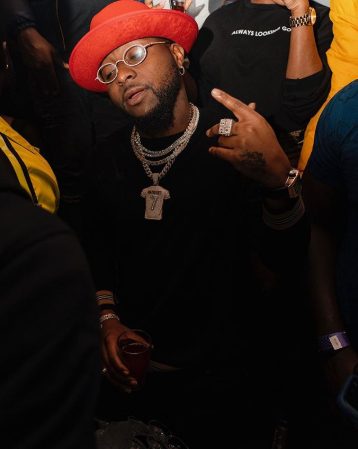 No 5 Nigerian Artist Music, How could this list be without our very Omo baba Olowo? Baba Imade is not a neophyte when it comes to releasing music with controversies surrounding him like a swarm of bees attracted to nectar. It has become a part of the singer and most times when these “controversies” come up, fans are quick to dismiss it because its believed to be another stunt from the singer

The singer used this PR strategy for the release of his single “Risky” which features Jamaican singer, Popcaan. Just a day to release of the single, the father of three was accused by two ladies of putting one of them in the family way. This accusation hit the internet and fans were in the dilemma of whether to belove the story or not.

A few hours later, they apologized but it was too late as the singer had ordered that they been rounded up and arrested by supposed members of the “Nigerian Police Force”. However, what gave Davido away was not even the nearness of the scandal to his release date, it was how the ‘arrest’ was recorded on video. The singer raised eyebrows again when he posted a video of the ladies enjoying at his house a few hours later. This made some fans believe that the entire thing was staged.

On the other hand, his loyal fans believed that the singer was magnanimous with how he handled the issue and praised his kind heart. To cut the long story short, “Risky” was going to blow up anyway because it’s a pretty great song but you would agree that his controversy helped push the song higher. Yes, Risky isn’t the only song by Davido that was released during a scandal, we had ‘FIA‘ from him in 2017 during the Tagbo and DJ Olu’s death case among others but that’s talk for another day.

What are your thoughts on this article? Do let us know in the comment section below