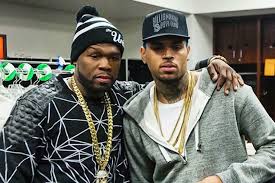 50 Cent has never been one to spare an opinion, controversial though it may be.

Given his seemingly accepted status as a new age Instagram provocateur, it’s difficult to discern whether 50 Cent’s perspectives are ever truly sincere. Now, however, he appears to have offered a rare moment of compassion, reaching out to former collaborator Chris Brown during a tumultuous time.

“I believe you Chris,” writes 50, alluding to the ongoing Rape Allegations facing the megastar. “Good because this ain’t right.” The co-sign makes 50 the latest prominent voice to stand up for Chris Brown, joining the ranks of Joyner Lucas, T.I.., Boosie and more. For what it’s worth, Brown has defiantly declared his innocence, going so far as to slap “THIS BITCH LYIN” on an official line of merchandise.