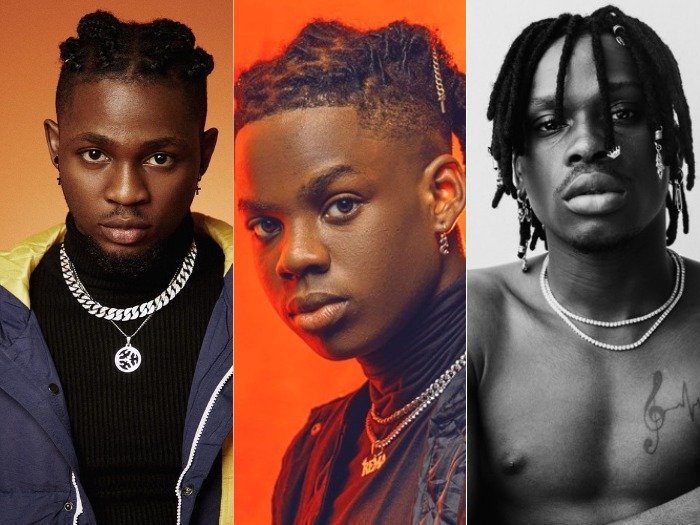 While a handful of Nigerian artistes have been Nominated for a Grammy with some winning based on features/co-works on a project, Burna Boy became the first Home Afrobeat Artiste to win the Grammy Award with his fifth studio album “Twice As Tall“.

Burna Boy received his first Grammy Award at the 2021 Grammys after winning the Best Global Music Award category and losing to Angelina Kidjo in same category, at the 2020 Grammys. African Giant, Burna came back Twice As Tall to claimed the Grammy Award Title after making use of the music experience, skills and techniques he got to prepare a Grammy Album, from the award winning Angelina Kidjo. It safe to say you that, have to learn from the Best to be the Best or Better than the Best.

This Burna Boy’s Grammy Win is an eye opener to Nigerian Music. It will make the Global Prestigious Award focus more on Nigerian Artistes and their music works/projects. 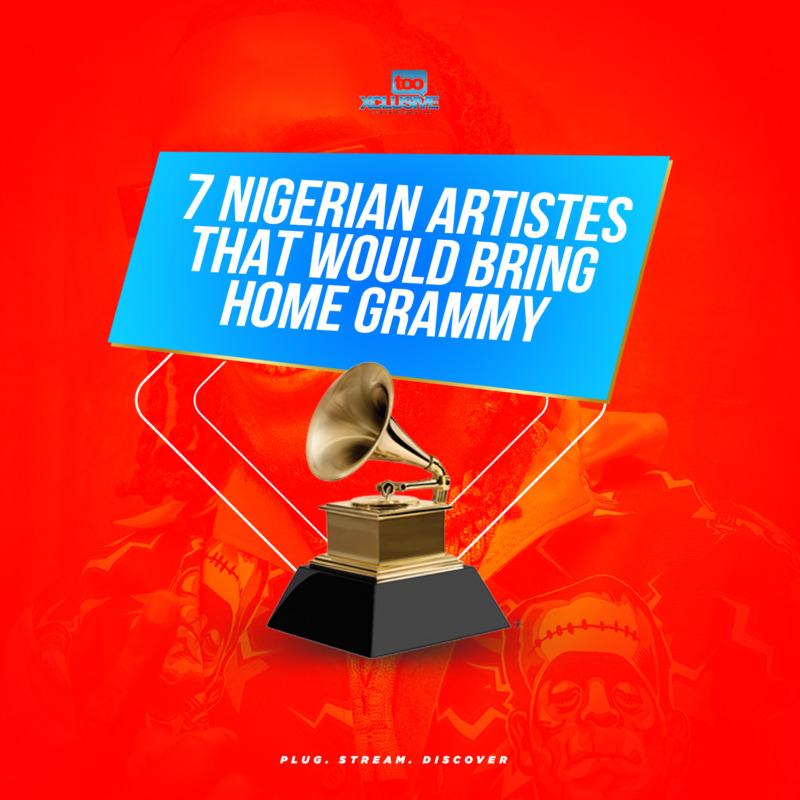 One of Africa’s biggest artistes and Nigeria’s biggest music export, Wizkid is the most decorated Nigerian artiste ever (Locally and Internationally), and one of the most revolutionary Afro-pop artist of the modern era. Wizkid is that one artiste most upcoming acts look up-to, gets inspiration from and also sample when it comes to music. His sound is that of a School Course which almost every inspiring artiste studies and replicates. Over the years Wiz has created a Sound and music style of his own.

Right Now, Wizkid has all it takes to Win a Grammy Award of his own (The Sound, Penetration and High Recognition). Presently his forth studio album ‘Made In Lagos‘, the longest Chat Topping Nigerian Album on i’Tunes is the big asset he has now to go a Win. The album can just earn him the next Global Music Album award at 2022 Grammys.

With this music project named MADE IN LAGOS, the album isn’t just restricted to Lagos/Nigeria alone, it has a global vision, uniting Kingston (Blessed, featuring Damian Marley), California (Smile with HER), London (Skepta, Ella Mai) and home – Essence, featuring Nigerian R&B singer Tems, is a Lauryn Hill-ish stunner, and fellow African giant Burna Boy duets on Ginger. Wizkid’s sound here is slinkier and more sophisticated than before, with more sexy sax than a Kenny G single all thanks to some pristine production, largely from Nigerian Londoner P2J (and from promising Ghanaian beatsmith Juls on Tru Love). As Afrobeats continues to grow, Wizkid wants the world to remember where it came from and where it’s going next.

And if the Nomination/Win doesn’t come with MIL album, Wizkid just need to get back to the studio and craft out a Grammy Standard Album.

Africa’s Bad Girl, Tiwa is also another Nigerian Artiste who can bring home a Grammy. She is a big female Icon that has contributed alot to Afrobeat and Afro-pop with her unique vocals.

The Multiple award-winning Nigerian singer, Tiwatope Savage better known as Tiwa Savage was born in Lagos but spent a large chunk of her life in the UK and America. This multi-talented Grammy award nominee and soulful diva burst onto the African scene in 2010 with the strength of a gale-force wind. Her chart-topping debut single, ‘Kele-Kele Love’ quickly captured the public’s imagination in a manner not quite seen before. Ms.Savage’s sultry tones, pulsating dance moves and electric stage presence quickly saw her rise to the top of the industry.

In recent times she has met and worked with notable internationally artistes. She featured Grammy Award winning British singer, Sam Smith On her recent album CELIA and she is currently regarded as the ‘Queen Of Afrobeat’.

Niniola is one of the most successful and acclaimed female artists in African music. Hits like “Maradona” and “Boda Sodiq” have won her glowing endorsements from the likes of Drake and Timbaland; none other than Beyoncé has looked to her for musical inspiration, borrowing from “Maradona” to compose “Find Your Way Back” from the iconic singer’s Grammy-nominated The Lion King: The Gift project. Making Niniola a Grammy Nominee.

Born Niniola Apata in Lagos, Nigeria, She knew from an early age that she was meant to be an entertainer. With the release of her hit singles, debut and sophomore album, NINIOLA is currently the ‘Queen of Afro House’.

Brymo (Songwriter, Performer and Recording artiste) who loves to experiment with different music style has been described as an Alternative musician, but prefers to call his genre Fusion – of Jazz, Afrobeat, Rock and African folk.

On 30th October, 2014 Brymo released “Tabula Rasa”, his fourth studio album (his 2nd Independent album). The album hit the Number 1 spot on iTunes Nigeria Chat in less than 16 Hours of release. The album became an instant hit, it was dubbed “Album of The Year” and was rated among Africa’s best 10 albums ever. Brymo was announced Africa’s “Songwriter of The Year” at the 2014 All Africa Music Awards.

Brymo released his first International album titled “Trance” under TMG. The album is a compilation of songs from M,D&S and Tabula Rasa albums and was released and distributed only in the United States.

“Kl?tôr?s”, Brymo’s fifth studio album was released on the 9th of May, 2016. The album garnered instant acceptance and love from across the world.

O?ó, Brymo’s sixth studio album, was released on 27 March 2018; it consists of 11 tracks and was mastered at Metal Work Studios in Canada. The critically acclaimed album is dubbed Brymo’s most successful album yet. The singer tags himself as The most powerful artiste in the world.

Now To The Newbies

Adedamola Adefolahan, also known as Fireboy DML is an afro-life musician, signed to YBNL Nation. He infuses soul, RnB and country genres into his inherent Afro-Sound. He is known for his impeccable songwriting And he is an album artiste.

His debut and sophomore album (Laughter, Tear & Goosebump and Apollo respectively) earned him 5 Headies in one night At the recent 2021 Headies Awards. This another artiste if well trained by the Best can win A Grammy in the Best Global Music Award category.

Throughout his breakthrough Get Layd EP, that seductive coo unravels tales that range from introspective to explicit, expertly laid over lush and soulful instrumentals that he often dreams up himself. Layered with vivid scenarios and heartfelt confessions, Omah Lay’s music depicts a young man daring to reveal his grittiest vices and innermost feelings.

Omah Lay gave us a fascinating window into Afro-fusion’s bright and expansive future. This another future face of Afrobeat and one young artiste that can also bring the Grammy home one day.

Remmyboy hasn’t really established himself as an album artiste but one thing is for sure, He is a Hit maker and can deliver Bangers upon Banger! and another Bnager!

Rema is a Nigerian artiste who Traps, Pops, Bops, Afrobeats and also Afro-Hindustanis. His sound is so  unique, attractive and catchy that it has earned him big International recognitions and accolades with a Short Time Frame of gaining spotlight. Some of his hit songs also featured on Top International Personnel’s playlist.

If Rema can get a Grammy based on album, He would definitely compete to earn a Grammy Pop Award.

“7 Other Nigerian Artistes That Would Bring Home Grammy Asides Burna Boy”, 1 out of 5 based on 9 ratings.