9 Hot Nigerian Songs You Should Listen To This Week 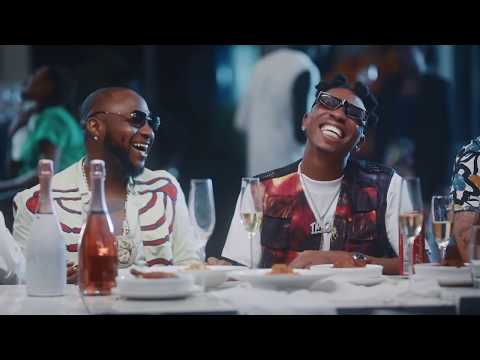 On this episode of Nigerian songs you should listen to for the week, we’ve got tracks from the newbies shaking the music scene and some of the OGs. Here’s our round-up of the best tracks that came across our desks.

Burna Boy has been preparing his fans for his forthcoming album “Twice As Tall” and so far this year 2020 he has released ‘Odogwu’. “Wonderful” is a fun filed track meant to brighten up your day. This record produced by Telz is a perfect blend of the Afrobeat and the South African Zulu sound.  It sees Burna Boy remembering, dwelling on his African roots as a place of peace, relaxation, a place to call home, and an environment of good vibes enriched with sounds and indigenous gbedu that would hit the mind and soul. Wanna have a “Wonderful” week ? jam this tune!

Inspired by his conversation with Davido about women, money, and social media, Mayorkun released this mid-tempo Afro-fusion track filled with lots of word-plays and infectious lambas. It’s received millions of streams and is one of the most used songs used for thriller and Tik Tok videos. It’s a fun track that you would love to vibe to.

This track is still buzzing even without a music video and this list would be incomplete without it. “Ginger Me” is a soul, pop, afro-Indie jam produced by The Element. It’s a love song that sees a young boy putting his bad-boy behavior/swag aside to confess his love feelings to the lady that hypes his system. It’s got a catchy chorus; one of those songs you don’t realize when it ends because it keeps playing in your head. This one is another banga!

The colorful and captivating visuals to this track off Omah Lay’s “Get Layd” debut EP recently hit the internet and fans are super ecstatic. The already buzzing track sees the singer wanting to give his lover some good loving. Omah sounds like a pleasant mixture of Wande Coal, Wizkid, and Burna Boy all joined together. The beat, arrangement, and lyrics of this track is astounding and you’ll certainly love this.” I just wan lo lo”

After the success of his hit jam “Again” the loverboy came back with another tune for the “nawties”. Wande Coal with his sonorous sultry vocals sings about a lady who appeared to be a sweet little thing but it turns out she’s very naughty wild girl. Are you a naughty girl or do you have a naughty girl for a partner? This Pheelz produced tune was made especially for you, Yes you!

The self-acclaimed King of all the loverboys, Kizz Daniel seems to be quite infatuated with a certain lady and we can’t help but wonder who the real “Ada” is.  Released off his new album “King Of Love“, the singer takes us on a beautiful journey centered on African Love. Produced by DJ Coublon and Young Jonn, it also sees Kizz Daniel beg for Ada’s hand in marriage from her father. A must for your playlist this week!

Another one of the 9 Hot Nigerian Songs, Mama jam is back and she’s released what could be the first single off her forthcoming album “Celia“. Its a perfect combination of the Afrobeat and pop sound delivered in a cool realm, mid-tempo. As the title suggests, Tiwa is in a dangerous love affair in this Cracker produced track.

The song speaks about not falling into a love trap. Even after staying positive,  getting sparking vibes, and lovey-dovey moments, Tiwa is still being careful about the love she’s feeling cuz she doesn’t want to get hurt. The singer even revealed that the track was inspired by an experience that occurred years ago. Trust us, Tiwa certainly delivered a new vibe on this track. No wonder she is crowned “Queen of African Music”

Another tantalizing track off his newly released  “King Of Love” album. It is centered on one of the issues people in romantic relationships face – insecurities. Love is hard and yet at the same time so simple. Kizz Daniel understands these feelings and did well in putting it all into laid back tracks filled with a few funny lyrics.

Hearing lyrics like “If you leave, Girl I’ll swear for you, ‘Cause all the money I don spend on you, Aaaaah” should give you an insight of what you’re about to listen to. Kizz Daniel is overprotective of his extremely attractive lover and warns her about the bad boys. Give this a listen for clear skin!!

So we’re going to say this point blank, Rema is a chameleon. After declaring love for one woman in “Ginger Me,” he puts on his bad boy cape and sings about loving plenty women. He can’t seem to make up his mind and keeps on switching it up in every track. Well, get ready to put on your dancing shoes for this track because Rema came through with some kind of crazy spiritual vibes.

Produced by his go to person, Ozedikus, Rema sings confidently about loving multiple women and doesn’t mind marrying all of them. He also sings about how he can’t seem to resist all the different kind of women that comes his way- including the witches. Like we said earlier, get ready for a dance session with this track. Note: do not listen to this track in a public place because once the spirit comes over you, people might have no other choice to…, you know..errm…tie you up with chains and stuff…

Above are the 9 Hot Nigerian Songs of The Week that are trending and need your listening…What do you think about the playlist? Do share your thoughts in the comment section below

“9 Hot Nigerian Songs You Should Listen To This Week”, 2 out of 5 based on 8 ratings.