9 Nigerians Songs You Need To Listen To This Week 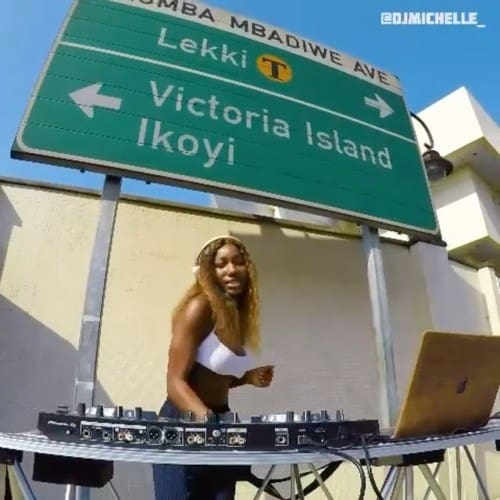 Hey guys, it’s a brand new week and we have carefully crafted out a number of thoughtful and melodious Naija songs to get you through the hustle and bustle of the week.

9 Naija Songs To Listen To This Second Week Of November, Peep below;

Who would have ever envisaged a Timaya/ Buju collaboration, but this duo made it happen, and guess what, it’s one of the biggest songs in the country as we write. Cold Outside depicts the cold state of human nature. This record is for you to maintain good mental health this week and stay off the cold world (humans) . Listen

Singer and songwriter, Mayorkun displayed versatility via numerous hit singles. This multi-talented Nigerian artist’s creativity is off the roof and that is very evident in his new joint with the newbie, Victony titled “Holy Father“.

Reekado resurfaces In the music industry with a thoughtful tune, Ozumba Mbadiwe, a song dedicated to the ever-disturbing October 20th, 2020 incident. Aside the 20-10-20 message that the song carries, it also has this vibe and melody for a good feeling. Listen!!!

Move is a dance record by Bad Boy Timz, and as always, it’s catchy and embodies all the right vibes needed for gyrations. This record is the perfect one to keep you on track for this week as you Move from Left to Right.

Now stamped and sealed as a culture veteran, Larry Gaaga shows off his Eastern heritage this star-studded track Egedege. And and its colorful cultural finesse with the track visual (STREAM HERE). The song was originally created by the legendary goddess; Queen Theresa Onuorah, who shines on the hook creating a perfect balance between Flavour’s melodious chant and Phyno’s indigenous rap prowess, bringing about a contagious dance fever. Egedege was produced and remade by Larry Gaaga, Masterkraft, and Marvio. Listen!

Simisola Kosoko has once again dropped us a banger and this one is dedicated to all the beautiful women out there, striving to become a better version of themselves on regular basis, despite what society throws at them.

Listen and Enjoy WOMAN below

Following the success of Bloody Samaritan, Mavin star girl, Ayra Starr is yet again trending with another song off her debut album, ‘19 & Dangerous‘, reinstating herself as a Fashion Killer, who has the ability to crack the toughest of walls just with her sense of fashion. Listen!!!

Off his debut Ep, ‘Sorry I’m Late‘, Buju has bounced back into the music scenes with this enticing tune tagged, “Kilometer“. As Produced by Rexxie, Listen and Enjoy!

Zanku records huncho, Zlatan Ibile comes through with a brand new one dubbed, Ale Yi, which basically sounds a note of warning to his fans, informing them that Over- thinking doesn’t solve problem & there is definitely better days ahead. Also, he plans to enjoy his nights the high way, clucking, partying and having fun with the ladies.

Y’all Have a Great Week Ahead!