Nollywood actress, Idia Aisien, has revealed that she was once gifted a Range Rover by a total stranger who sent her a DM on Instagram.

She said this when she appeared on the Me, Her and Everything Else podcast, hosted by actress Stephanie Coker.

In her words, I got a Range Rover, not the one I currently have, and it was not from someone I knew. I swear with everything that I have that it was someone that had chatted with me on Instagram. He had planned with my followers, people I knew, and my friends.

Inside the Range Rover, there was champaign, teddy bear, cake and flowers. I thought it was very thoughtful. Sadly, my family didn’t allow me to keep the Range Rover. So, I asked him(Giver) if he wanted it back. He didn’t want it back, so I ended up selling it, I never kept it.

When Stephanie asked if she kept the money she made from the sale of the vehicle, she said, Yes. He didn’t want it back. What was I supposed to do? The point is not that it was a car, but that I had never gotten anything before even when I had a boyfriend, the actress added. 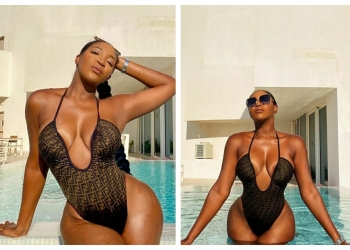 I Can Take A Selfie Naked To Prove That I’m Not Botched – Actress, Idia Aisien Slams Trolls