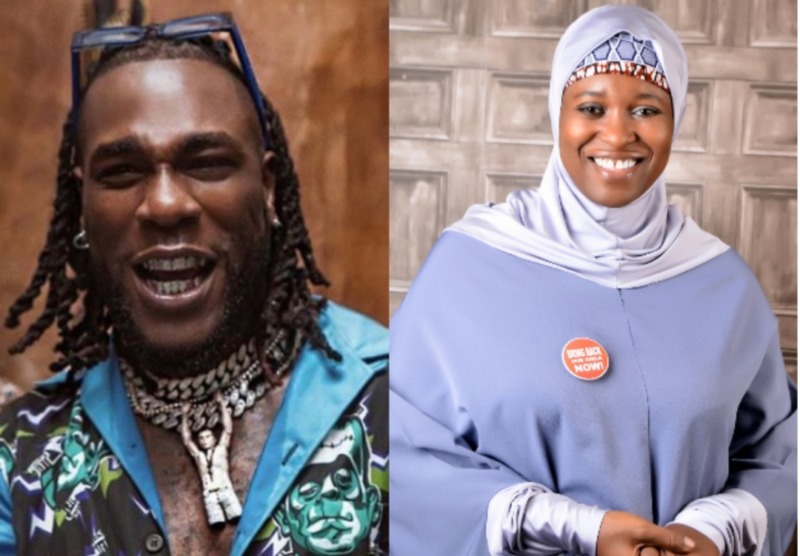 Bring Back Our Girls Activist, Aisha Yesufu has called out Burna Boy for saying Nigerians will suffer if they don’t use their energy to call out the government.

The “Odogwu” singer yesterday shared a video in which he said Nigerians deserve the kind of leaders they currently have. He expressed his disappointment at those who called for Funke Akindele’s arrest. He said they should use the same energy they used to call for her arrest to attack their leaders.

Aisha Yesufu, however, reacted to the video by slamming the singer for attacking Nigerians who attacked Funke. According to her, Burna Boy has no right to attack anyone. She added that the so called celebrities allow the zeros in their account to deceive them and still encourage poor Nigerians to fight against the government.

She said: “All these naija celebrities dey allow the plenty zeros wey dem account dey show deceive dem! Divide by 360 or 490 and humble yourself. In case you don’t know every Nigerian is a poor person! We live poorly! You will still drive your toys on bad roads and put on generator!”

“Activist, Aisha Yesufu Rebukes Burna Boy For Shaming Nigerians That Attacked Funke Akindele”, 5 out of 5 based on 2 ratings.