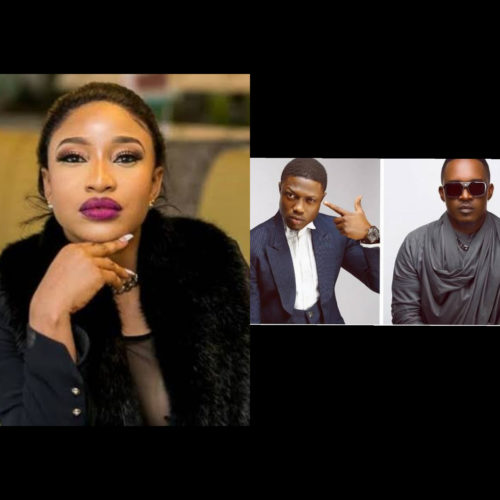 Nollywood actor; Tonto Dikeh has expressed her willingness to join Vector and MI Abaga in the proposed rap battle that would give the winner the some of forty million naira.

She expressed her willingness by dropping a comment under WillieXO’s post, writing that the cash reward is too attractive to be ignored.  And so she would like to join the party by going head-to-head with two of the greatest rappers in the history of Africa. She wrote; “Please can i join them in the beef? This money is plenty just for fight ooo.”

#Tonto begs to battle #Vector and #MI , for the N40MILLION rap battle organized by #WillieXo

It is worthy of note that Vector has already accepted the challenge and the only reason all has not been set is because MI is yet to give his consent.

“Actor; Tonto Dikeh Expresses Willingness To Join Vector & MI In The 40 Million Rap Battle”, 5 out of 5 based on 1 ratings.