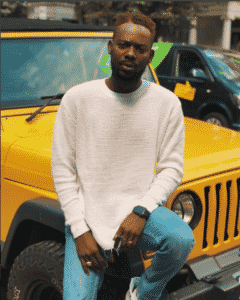 Adekunle Gold pulled the internet’s biggest surprise of the day with his rap cover to Drake’s Emotionless.

The About 30 singer recorded a video of himself rapping to the instrumental of Emotionless (one of the constituent tracks of Drake’s Scorpion album) and shared it on Instagram. Since the video hit the internet, a mass of people have been talking about it; and the point of focus is the fact that AG chose to rap instead of his customary urban high life singing. One of my favorite lines from the cover is: “its best to live your life instead of just existing/ my book is still intact, the pages (that) fill it, missing.” The video is already looking like a viral material.

“Adekunle Gold Records Rap Cover Of Drake’s “Emotionless” || WATCH”, 5 out of 5 based on 1 ratings.