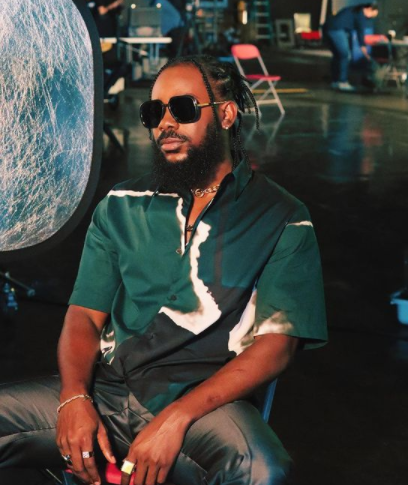 Nigerian Afropop singer, Adekunle Gold has showered well-deserved praises on rappers for their impact in the music industry.

This appreciation is coming hours after Rap Caviar unveiled its Hip hop Mount Rushmore for the 2010s. According to Rap Caviar,  the Mount Rushmore of 2010s are top American rappers; Drake, Nicki Minaj, K-Dot, and Cole whose songs inspired younger rappers to take big steps in the industry.

Drizzy, K-Dot, Cole and ??? Who takes the fourth spot on the Mount Rushmore of the 2010s? ? pic.twitter.com/trTOivIG6q

Adekunle Gold who is a big fan of their dope rap tracks took to Twitter gush over rappers’ talent in general. According to AG baby, rappers are exceptionally talented and he has massive respect for them and their genre of music.

Rappers are so dope! Respect to them!

“I Cried Because Imade Didn’t Have My Last Name, But Davido’s…” Sophia Momodu Reveals

Nigerian artistes, Simi And Adekunle Gold are celebrating their 3rd Wedding anniversary. The Couple hopped on their various social media...