Adlib The Journeyman – “Brodies” + “Tell You” 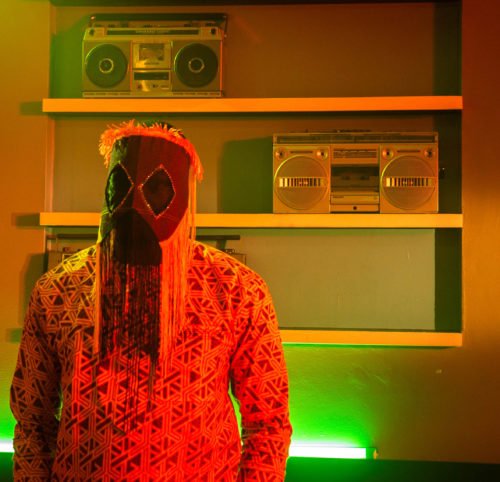 Introducing masked Nigerian rapper and Afrobeats artist ADLIB THE JOURNEYMAN (ADLIB for short) with his brand new singles ‘BRODIES’ and ‘TELL YOU‘. Inspired by Nigerian legends such as Lagbaja, Fela Kuti, Pasuma and Eldee the Don, Adlib is a new breed of artist, who believes in using his music to positively impact on society in Nigeria and across the African continent. With his music already being described as ‘conscious Afrobeats’, Adlib is not afraid to tackle the important and controversial issues through his music.

Wearing a mask that is reminiscent of western African masquerades and legendary musician Lagbaja, Adlib TheJourneyMan believes in the power of anonymity, and adds that the mask “gives me the freedom to be as creative as I want with my projects”. The masked rapper comes highly recommended if you like Olamide, Falz The Bahd Guy and Adekunle Gold, among others with strong messaging in their music, and he is gearing up to release his debut EP early next year, on the back of these two new singles ‘Brodies’ and ‘Tell You’.