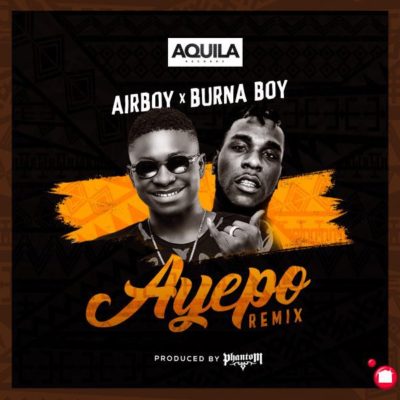 Ayepo dropped back in 2016, and has since gone on to become one of the biggest songs on the continent of Africa, peaking at no 5 on the iTunes Africa chart.

Ayepo RMX features Burna Boy and it is the first single off Airboy’s forthcoming EP titled “Vibes”. It is produced by Aquila Records resident producer, Phantom, and mastered by George Nathaniel.

The funky, colorful and all-round beautiful video was shot on location in Lagos by Adasa Cookey’s Squareball production team. The Vibes EP officially drops on 6th December, same day Airboy is billed to thrill fans at his first ever Industry Nite, happening at the New African Shrine.
Enjoy!

You gats get money