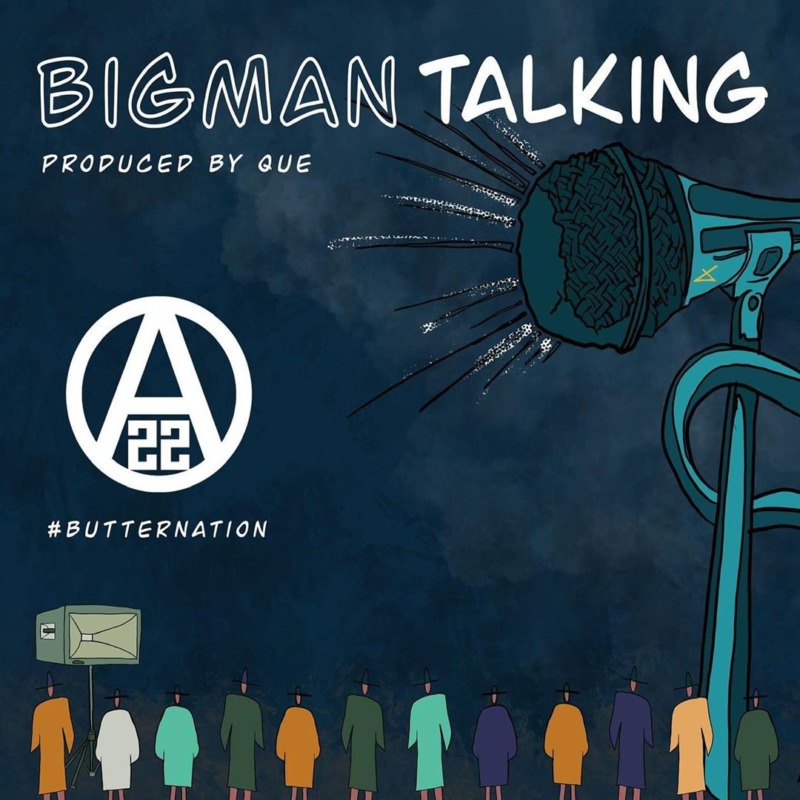 (A22) Ajebutter22 releases a brand new single titled “Big Man Talking“, produced by Que. This record here is for the ButterNation, A22 entertains his fans with his genius act (wordplay) and calm flows. He got the mid-tempo bop beats from Que the talented record producer who produced Mayorkun’s bop hit song ‘Geng‘.

This record is a follow up to his previous release ‘Ginger You‘ featuring Mayorkun. On “BigManTalking” Ajebutter22 shares that Big Men don’t like to be interrupted when they are speaking, they don’t allow negative people come blocking their vision with their dead opinions.