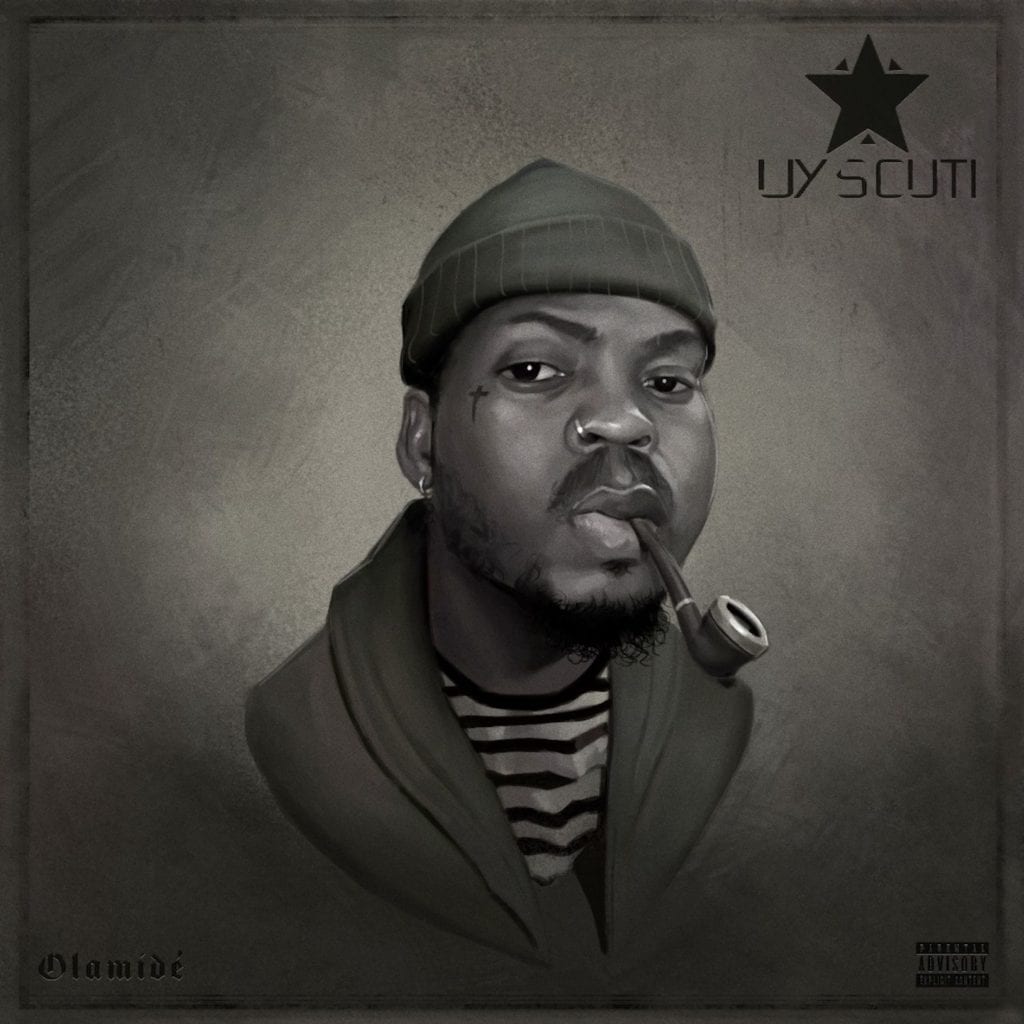 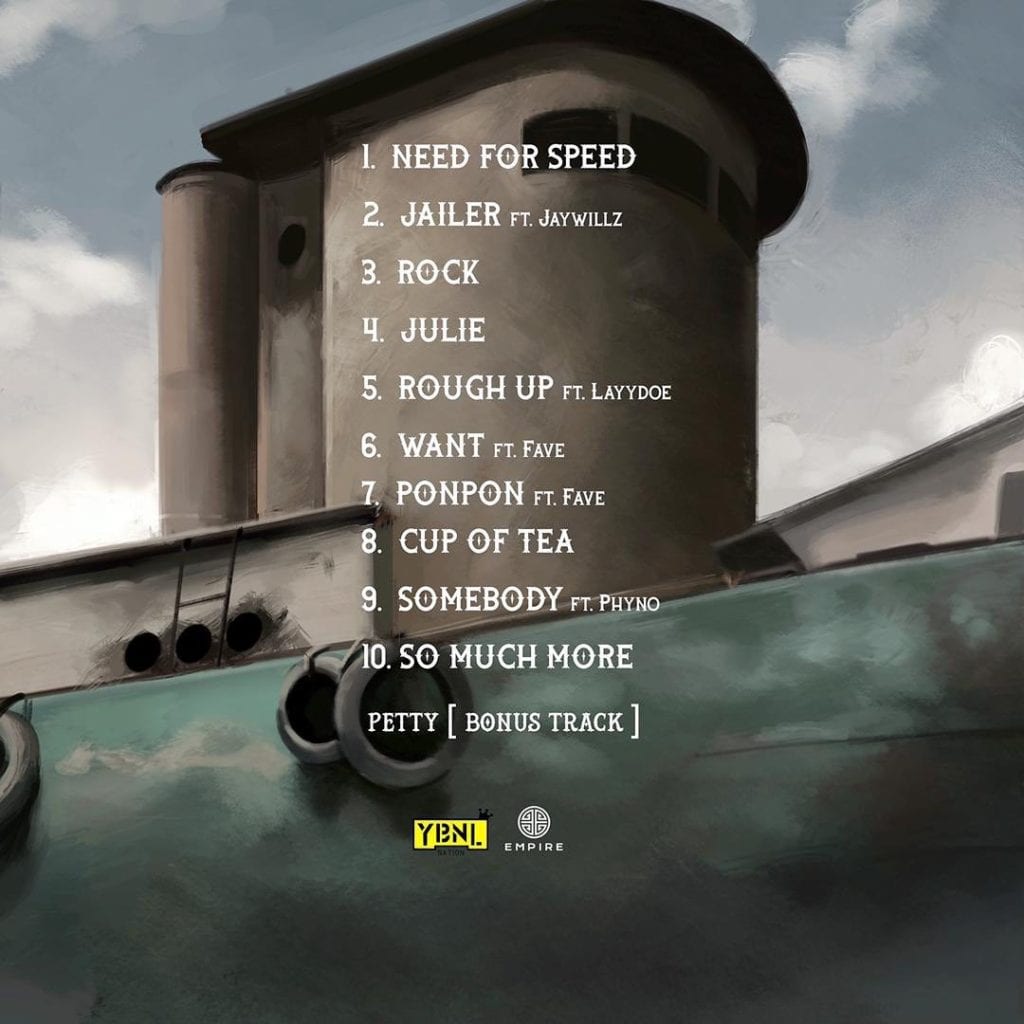 “Carpe Diem was the beginning of the new me, and I took it to the next level of brand Olamide’s new direction on this particular project,” Olamide tells Apple Music. With a widened palette, he packages the lessons of his early street days into pop ditties that reflect his expanding worldview. “I’m a citizen of the world now, so my choice of sound is a combination of all the beautiful music I’ve heard,” he says. “This is a full-time pop album, and it’s way, way above everything I’ve ever done. My son is a huge fan of astrology, and one day he asked me what the biggest star in the universe was. I found out; it stuck in my head and I titled the project that because it’s the biggest move I’ve made in my career.” Here, he talks us through this momentous offering, track by track.

“‘Need for Speed’ talks about the ups and downs of every typical ghetto kid, but I used Lagos as a point of reference. When I was younger I used to walk to school and whenever it was raining, cars would splash water on my brother and I. I used to say, ‘I can’t wait to be rich and hopefully I don’t end up like those people.’ I used to think I would never, but I’ve done such things unknowingly several times since I became rich, too. Life is like a sports car, and there’s no way you’ll buy a sports car and not want to speed.”

“‘Jailer’ was just vibes and feel-good music from me and Jaywillz. He came up with this hook, then we started cooking up the chorus and the beat as well. We were just trying different sounds from around the world as I chopped verses up. I’m taking a bit of everything and just mixing it up with my Afrobeats sounds nowadays.”

“There’s too many problems out there, so that’s what we do now: have fun, turn up and listen to good music. It’s majorly about telling someone you love, ‘Hey, you don’t even need to do too much for me to keep being with you.’ Sometimes I think society in general puts too much pressure on how a lady should look—dress like this, move like that, do this and that for your man. And the men, what do we tell them to do?”

“This song is me telling my woman that I know I’m crazy and not 100% perfect, but the kind of love I get from her is so amazing I’m willing to surrender everything. I wanted a mixture of that Caribbean feel just to take it away from the regular Afrobeats vibe.”

“This is a small bashment vibe, you know? Just true to the dancehall vibe. While I was working on this record, I went for a show somewhere outside Lagos. I was bored on the road trip, and while searching for Chaka Demus, I stumbled on a ’90s dancehall playlist. The moment I heard all those sounds, I was like, ‘Okay, I’m gonna try something like this on my project.’ I also knew someone that could actually kill this. I’ve always known Layydo, and she was actually meant to be on Carpe Diem with me. I called her up to come and do justice to the song, and she did.”

“Fave is my G! I stumbled on her music when my wife sent me a link to a song of hers last year. I checked her out and thought she was dope. Right now, we’re family and I can’t wait for the whole world to listen to her and see all she’s got. We just linked up and recorded a series of songs, and ‘Want’ is just chilled R&B vibes—some laidback music.”

“This has a whole sensual vibe to it and we’re just setting the mood right like the previous song. I just thought we needed to flip it a little bit at this point, slow the run and keep it smooth. Just spice it up with something different.”

“This is a proper, proper Naija thing. There’s a lot of traditional Nigerian vibes in it, with the percussion and all. ‘Sho’ is just saying, ‘I’m gonna look after that…I got you’ in Yoruba. While coming up, I was a rap artist, and I grew up thinking you always needed an R&B singer to do your chorus. It was very difficult to get one while coming up, so I was like, ‘I’m not gonna wait on nobody no more.’ I started developing that part of me, and I have just kept working on my hooks. I’m not 100% where I want to be yet, but I guess it’s paying off so far.”

“‘Somebody’ is basically about being all around the world and seeing different girls. They love me and I show them love too, but that’s not the kind of love I want now. I need someone that makes me feel really special. I don’t know how this song made it to the album. Phyno just came to visit me randomly and we just wanted to play around. We’d planned to sit down, record a series of songs and just give them out to friends like DJ Enimoney. I was up recording all day, and by the time Phyno got there I was so tired. I went straight to the mic and started recording the chorus, but after that I just slept. The next day I woke up and they told me Phyno did his verse and left. When I heard it, I knew I had to finish this song and put it on my project.”

“This has a roots reggae vibe to it, just a little bit faster. The song has lots of depth and it’s very special, ’cause growing up I’ve seen all the drama women go through. I dedicated this song to all the women out there, just to let them know that they might as well just live their lives, ’cause no matter what you do, people are going to talk. There’s no point in rushing into anything just to please your friends, family or society. While you’re here, make the decisions that are best for you, ’cause there’s only one life!”

“This is about a cocky guy—me. Ladies are always gonna come around and say no to the cocky guy because they need a chilled guy, someone they can control. The song’s just me saying, ‘I’m cocky, I know—but I’m a cool dude, yo!’”