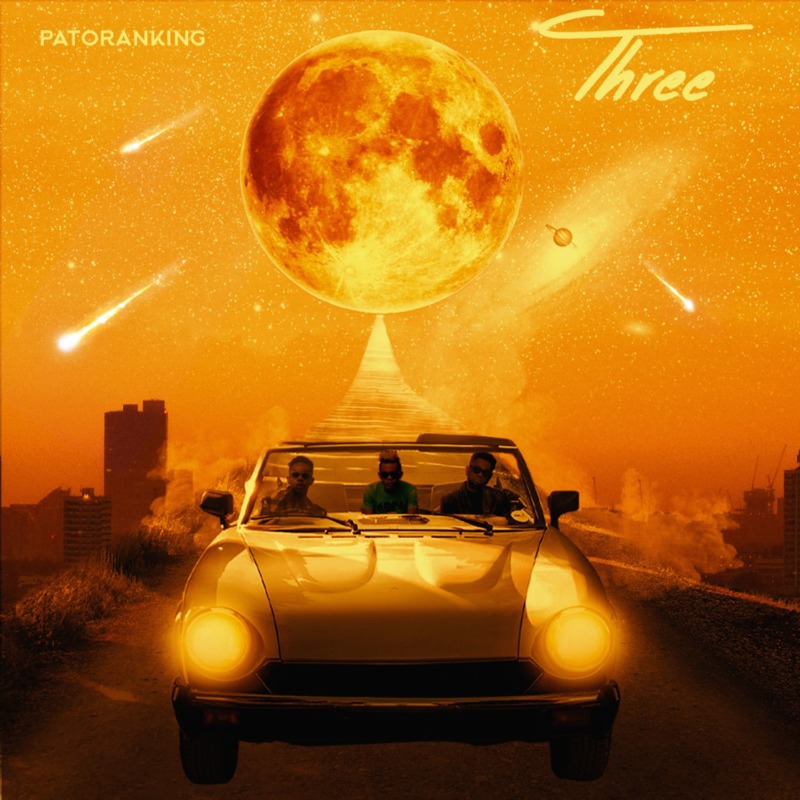 Patoranking Ignites the place with this new body of work – “Three” The Album…. Enjoy!

Nigerian Born Reggae-Dancehall singer who now combines Afropop to his sound Patoranking releases his third studio album titled “THREE”, just as promised. Both grounded and inventive, Patoranking’s Three explores themes of Life, Love and Joy with Sauti Sol, Tiwa Savage and others each adding their own regional flair

One of African music’s most multifaceted artists, PATORANKING is an international reggae star whose dancehall anthems have resonated from Nigeria to Jamaica, his big hits; ‘Girlie O’, ‘My Woman, My Everything’, ‘No Kissing’ and ‘Love You Die’, ‘Alubarika’, ‘This Kind Love’, ‘Suh Different’, ‘Confirm’, ‘Available’. ‘Happy Day’, ‘Another Level’ among others have made him an Afropop icon across the continent.

He’s extended his influence into North America through partnerships and touring with hip-hop/soul icon Ms Lauryn Hill. PATORANKING recently launched the ALU Patoranking Scholarship, offering 10 scholarships for students from across Africa to attend the African Leadership University. Forbes Africa also named him a recipient of the 30 under 30 class for 2020. He can be found on the latest remake of Bob Marley’s iconic One Love song in partnership with Unicef alongside the Marley family.

To kick start 2020, Patorankingfire debut with the single ‘I’m In Love‘ released during the season of Love, February and went on the low to work on this new music project. July came and Patoranking surfaced with “ABULE“, this track did magic, got quick attention from fans and became an instant Hit!. Riding on the success Pato announced his third studio album and unveiled the release date plus cover art. As a man of his word Patoranking delivered as promised, THREE album consist of 12 tracks with features from Flavour, Sauti Sol, Tiwa Savage & King Promise. The third studio album is a follow up to his second ‘WILMER‘ and debut album ‘God Over Everything (GOE)‘. 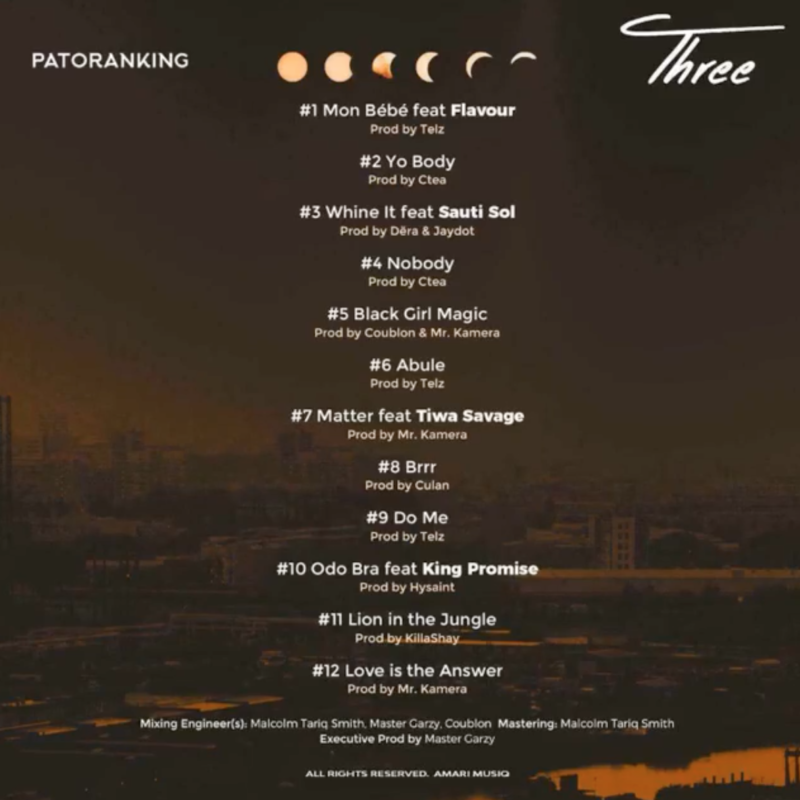 From the summer anthem “Yo Body” to “Odo Bra” with Ghanaian highlife star KING PROMISE to “Whine It” with Kenya’s SAUTI SOL, there’s no shortage of musical diversity on Three. The project delivers a heavyweight slice of conscious reggae on “Lion in the Jungle” while the tender “Matter” sees PATORANKING reconnect with TIWA SAVAGE.

“Three is a strong number, “PATORANKING says of the album title’s significance. “They good things come in three. In making the album, I tried to look at love, life and happiness. If you are listening to any of the tracks, even if it is a dance track, I want you to feel love.”