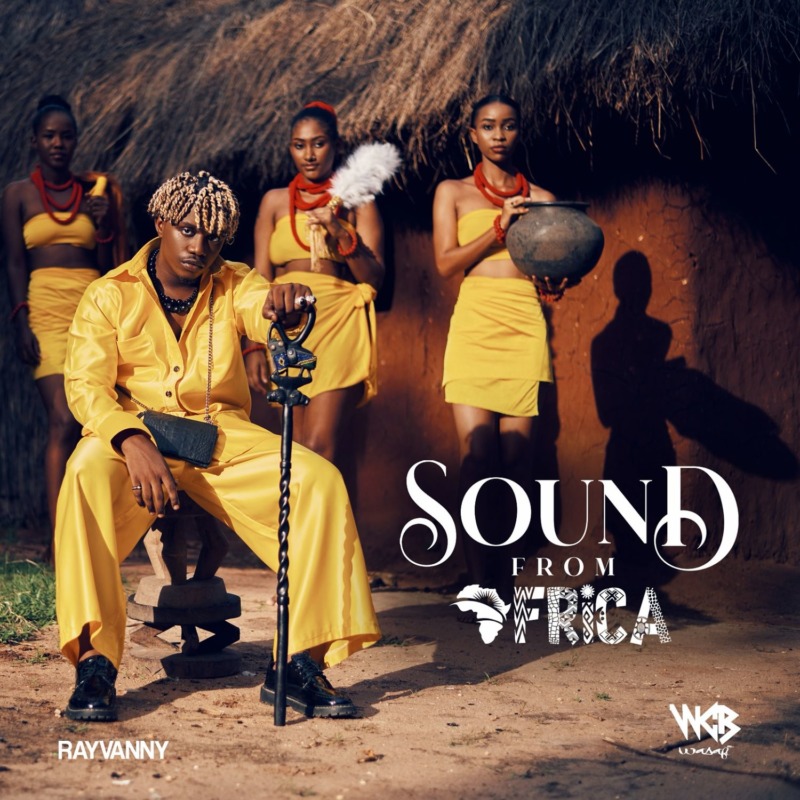 After 4 years of consistent Hits, Rayvanny releases his debut Album – “Sound From Africa”.

Tetema Crooner, Rayvanny Today drops one of the most anticipated album in Africa, ‘Sound From Africa’… It coming in after the series of his released hit singles. This one album/Africa music project you can’t afford to miss.

Raymond Shaban Mwakyusa (born 22 August 1993), better known by his stage name Rayvanny is a Tanzanian singer, songwriter, and dancer from the WCB WASAFI Recording label which is under Diamond Platnumz..

Rayvanny emerged in the spotlight with his debut song “Kwetu”, which introduced him to the world. Later on, he released he grabbed attention with his hit song featuring Diamond Platnumz titled “Tetema” which grabbed different charts Worldwide. Rayvanny was mentioned by MTV Base among “Acts To Look Out For” in 2017 and also won Viewer’s Choice Best New International Artist on BET Awards 2017. 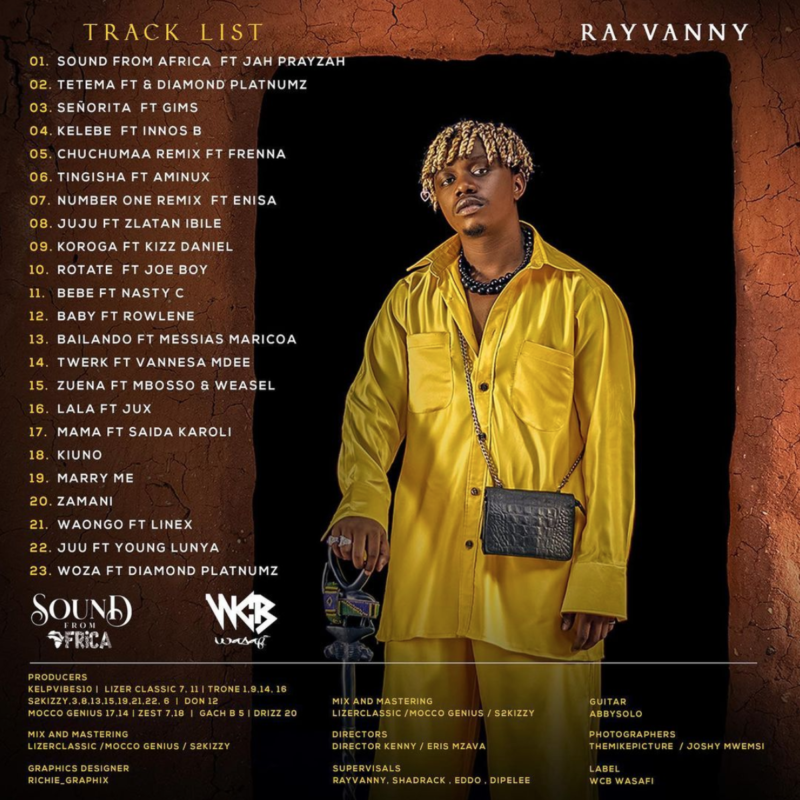 “I started music when I was in school but officially 2016 that’s the year when i got recognition. My dream was to have an Album that will involve different artists from different part of the world. Since I was new in the game it took me 4 years to prepare this Album and today it’s like My dream come true.

My focus, My Vision, My Goal is to take African Sound, African Culture to the world, That’s why I decided to have different artist, different sounds to reach different people from different part of the world.

Everything is possible if you decide. Am from Africa, Am proud to be African, and this is Sound From Africa“.

Wasafi's rockstar, Rayvanny kick starts 2022 with this banging love record titled "I Miss You". Rayvanny teams up with Zuchu...