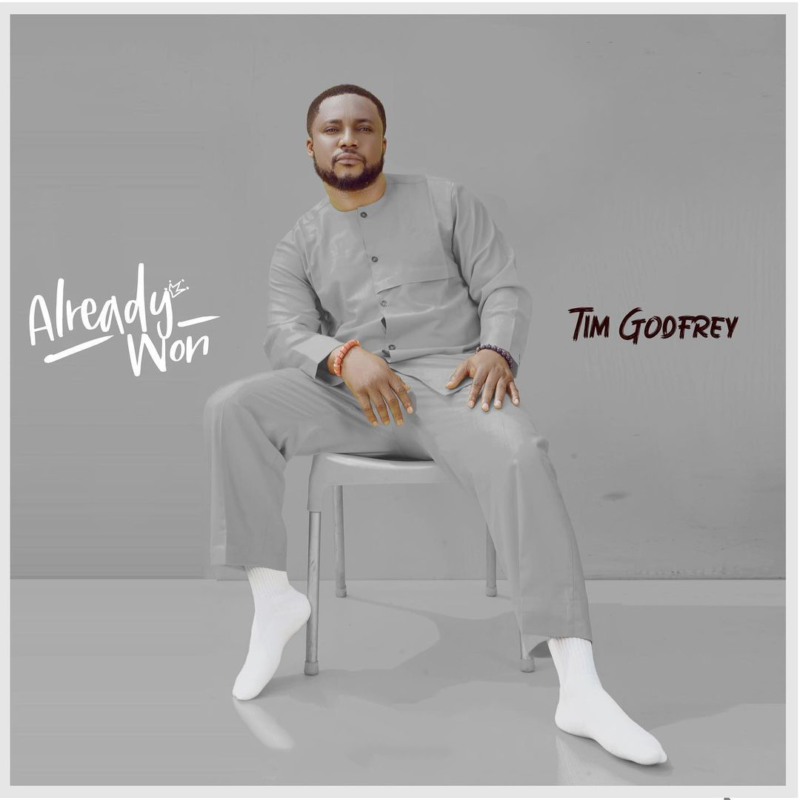 New album – ‘Already Won‘ from Tim Godfrey is here at last! With a number of singles already out, including ‘Iyanu A Sele’ – featuring RCCG Overseer, Pastor E.A. Adeboye, and gospel heavyweight, Tope Alabi – the album comes as the culmination of a journey spanning a little over a year.

With support from longtime collaborators, Xtreme Crew, Tim Godfrey is joined by some notable features including JJ Hairston, Phil Thompson, Ntokozo Mbambo and many more who blessed the album with their special touch. Live instrumentation is also plastered across the album, giving it an in-person performance feel.

Known for his dexterity in music, Dr. Tim Godfrey is one name that cannot be ignored in the music industry worldwide. With a musical experience of over 20 years, He has proved himself as a pioneer of music with his creative infusion of contemporary fills into traditional gospel music. Dr.Tim Godfrey maintains a multi-faceted career as a recording/performing Artiste, music director, voice coach, producer, writer, speaker and musical concert clinician. He has headlined major events with the likes of Marvin Sapp, Travis Greene, Kirk Franklin, JJ Hairston, Phil Thompson, and Israel Houghton. He also organizes an annualconcert tagged “FEARLESS” which has garnered a lot of attention and publicity since its inception.

As is customary with the Rox Nation leader’s music, the project – ‘Already One‘ carries messages of hope and inspiration. From ‘Battles‘, which encourages listeners to keep going despite their countless struggles, to the energetic and affirming ‘OMG‘, and other songs like ‘Kabiyesi‘ and ‘Olorun Mi‘ that revel in God’s greatness. Ntokozo Mbambo joins for a special reinterpretation of “Nobody”; while “Iyanu a Sele” urges us to keep believing in miracles—underscored with vocals from Tope Alabi and sermon excerpts from Pastor E.A. Adeboye.

With the album now out, expect an uptick in activity from Tim Godfrey. Enjoy!!!