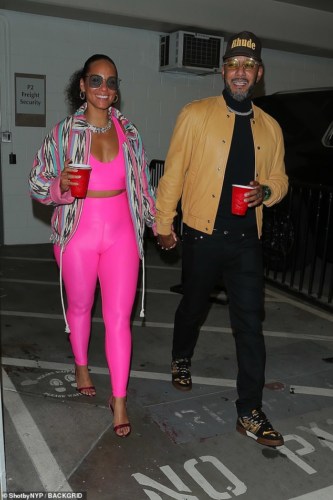 Wizkid is definately a favorite of Alicia Keys and her producer husband, Swizz Beatz as they constantly show their love and support for his music.

The duo is spotted in a 34 seconds video grooving and showing us how it’s done, as they dance to the Grammy-award winner’s, 2013 hit song, Caro while backstage during his ‘Made In Lagos’ tour in Los Angeles.

In June 2021, the American singer and songwriter, Alicia Keys joined the list of celebrities to applaud Nigerian singer, Wizzy for his tremendous effort towards the production of ‘Made in Lagos’, his 4th studio album.

Alicia and Swizz are not the only prominent faces at Wizkid’s LA tour. Rihanna, her best friend, Melissa, and her boyfriend, A$AP Rocky are also big names who made appearances at the concert.