Previous: The Rich Get Broke Too, Don’t Get Angry When They Refuse To Help You – DJ Jimmy Jatt 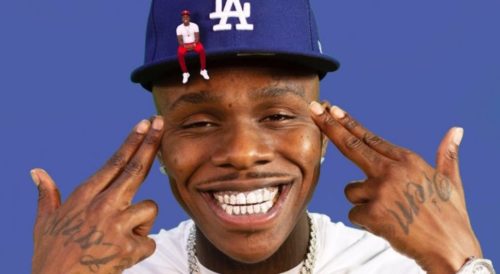 American rapper, Da Baby, has shared the tracklist to his forthcoming album as well as the release date.

Y’all remember the video of some American rappers readying to storm a wedding party dressed in Nigerian native attires that stormed the internet about two weeks ago, the leader in the video was Da Baby. And now Da Baby has confirmed the release date to his album as well as the tracklist. The album which Da Baby has titled, “Kirk” would be featuring superstars such as the Migos, Nicki Minaj, Gucci Mane, Chance the rapper and a few others and it would be dropping this Friday.

Da Baby revealed freshly that he would be dropping an album just last week but didn’t give fuller details. He however revealed in a show on Monday night at UCLA the release date and some of the tracks on the album. He has taken also to his Instagram page to share the cover art to the incoming album.

Times up. #KIRK THIS FRIDAY? Available For Pre-Order NOW??