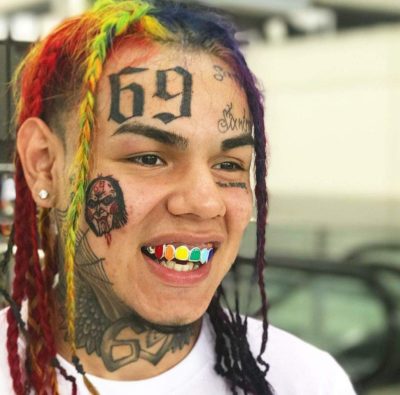 American rapper, Daniel Hernandez popularly known as  Tekashi 6ix9ine has been sentenced to 2 years in prison after snitching on his former gang members.

The rapper was charged for offenses which include racketeering, carrying a firearm, assault with a dangerous weapon, and conspiracy murder charges. Just before his hearing at the court, Tekashi wrote an emotional letter to the judge handling the case pleading for mercy and vowed to be a better person if he is set free.

However, due to his cooperation with the authorities, the judge sentenced him to two years in prison. “Your cooperation was courageous, the danger to you is multiplied by your music career, which I understand you intend to continue. The fact that you are unusually recognizable does not help you.”

After the announcement was made, a remorse Tekashi cried out for misleading the youths with his actions saying he had failed them.  “I failed these people. They believed in Daniel Hernandez. I was too busy making the negative image in my 69 persona, I know God has a bigger plan for me. I want to inspire the youth that it never too late to change.”

Although the rapper was sentenced to two years in prison, he has about approximately 11 months left to spend in prison because the 13 months he has already spent in jail will count toward his sentence.