Previous: DJ Cuppy Surprises Little Girl With A Huge Gift After Promising To Sponsor Her Education
By Olabimpe O | May 9, 2020 | 22:51 - Leave A Comment 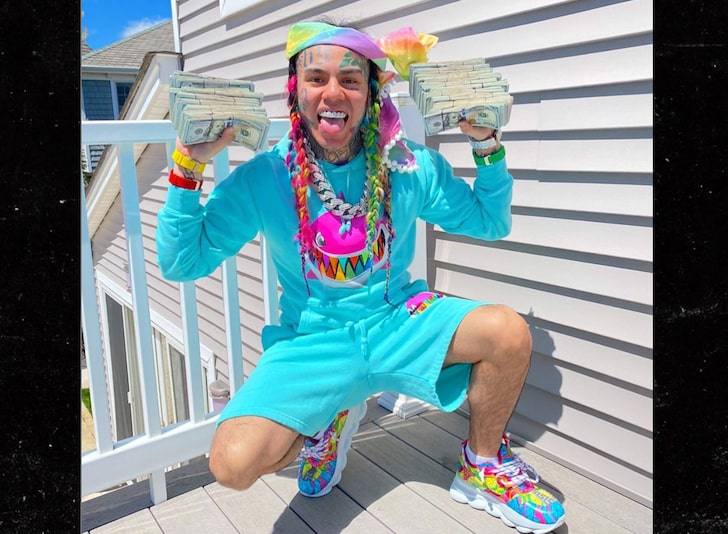 American rapper, Tekashi 6ix9ine has been forced to relocate after a neighbor leaked his address online.

Tekashi 6ix9ine who became the latest celebrity to break the internet after he went on a vicious rant following his recent release from prison is now on the run for security reasons.  Tekashi took to the social media site to air his grievances after critics slammed him for being ‘a rat’. Due to his cooperation, the rapper’s sentence was reduced and was released from jail last month over fears he would catch coronavirus in prison.

He is now serving the remaining four months of his sentence at home in incarceration, where his record-breaking Instagram live took place. However, Tekashi has been forced to relocate after a neighbor posted a video of his location online.

Tekashi’s attorney, Lance Lazzaro stated that his client has been relocated in light of his address being leaked — for security reasons, obviously. It was also reported that the feds were made aware of the move, so it’s not like they went rogue. In any case, though, he’s outta there safe from his ex-gang members … who are almost certainly out to get him.

“American Rapper, Tekashi 6ix9ine Forced To Relocate After A Neighbour Leaked His Address Online”, 2 out of 5 based on 3 ratings.