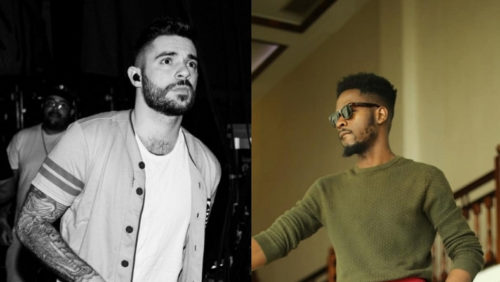 The “All Time Low” singer took to his Twitter page to praise the “Count On You” singer calling him the truth. He wrote, “Johnny Drille the truth.”. A very excited Johnny responded calling him a king and a legend. “Jon, the king, the legend”

It is worthy to note that Johnny has always been a die-hard fan of the singer and made covers to many of his songs which later caught the attention of the American music star. In June 2019, Drille attended Jon’s concert at Nashville, Tennessee where they eventually linked up backstage and took photos. A collaboration would be a dream come true for Johnny and we can’t wait for it to happen!