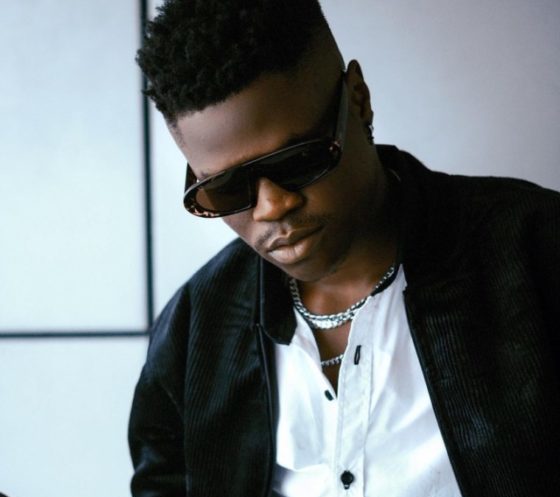 Anonymous Music has replied Bad Boy Timz hours after the Artiste announced his exit from the record label and filed a 200 Million Naira lawsuit against them.

Recall that on the 24th of May, Artiste Bad Boy Timz made a publication dated the 23rd of May, 2021 about terminating his contract with Anonymous Music and also shared a 200 Million Naira lawsuit he filed against the record label for Defamation of character.

Well Anonymous Music has responded to the Lawsuit and reverted his termination of contract publication. Concerning Bad Boy Timz contract the label shared;

This is to notify the general public, promoters, producers, booking agents and other stakeholders in the entertainment industry Internationally and Locally that Anonymous Music exclusively owns the Recording and performing rights of the Artiste BadboyTimz.

Anyone who deals with the Artiste or his Manager, without authorization, approval or clearance from the Record Label does so at their own risk and the Record Label would not hesitate to enforce its legal and equitable reserved rights to the fullest extent of the law.

With an official press release stating that; ‘Anonymous Music entered into an exclusive 5-years Recording and Performing Contract with Olurunyomi Oloruntimilehin Timothy A.K.A BadBoy Timz, the Artiste in 2019. By the exclusive nature of the Contract the Artiste is not permitted to, amongst other things engage in features, collaborations, recording of masters (songs), performances and/or production of records/recording with persons other than the Label, without the consent or authorization of the Label‘ 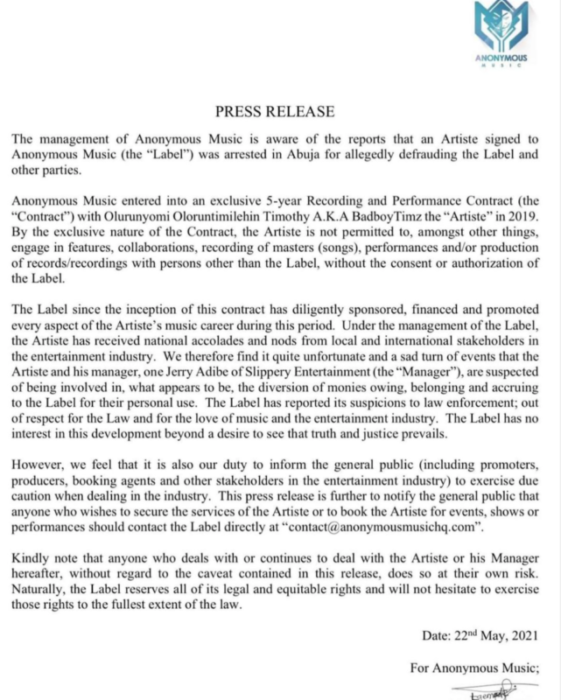 Also concerning the 200 Million Naira Lawsuit, the Label made another publication dated 25th May, 2021 that Anonymous Music is not impressed or intimidated by threats, and is prepared to defend and prosecute any legal action in the best interest of the Label and the industry as a whole.

Anonymous Music also maintained the fact that the dispute between the Label and the Artiste, emanates from Bad Boy Timz diverting monies owing, belonging to the Label.