If Another Mumu See This One Now, Una Go Start Drama – Reekado Banks Comes For Fan 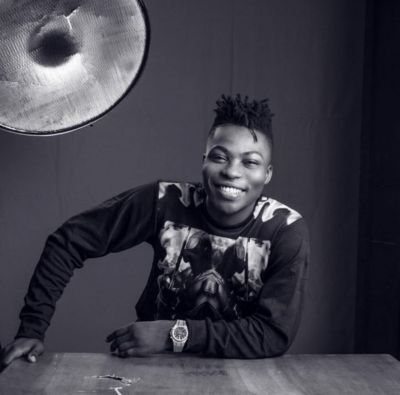 He was definitely not joking when he said he was going to clapback should any fan come for him.

The Biggy Man crooner, dished out more than what a fan expected after the latter took to twitter to take a swipe at him.

The said fan had tweeted his disbelieve at Reekado Banks brother, who doubles as his manager being married, adding that the said brother is even younger.

Not one to be insulted, Reekado, was quick to not only check the fan but also school him, revealing in the process  that the person is infact is brother and is 5-years older.

Read their tweets below:

So Reekado Banks Junior Brother Has A Wife

If another Mumu see this one now, Una go join hand start another drama.. he’s my manager and he’s 5years older ?? https://t.co/o8Q16A4Ts0

Recall Reekado, in an interview with Planet TV, mad eit known he would not sit down and watch while being insulted, he sure would respond.