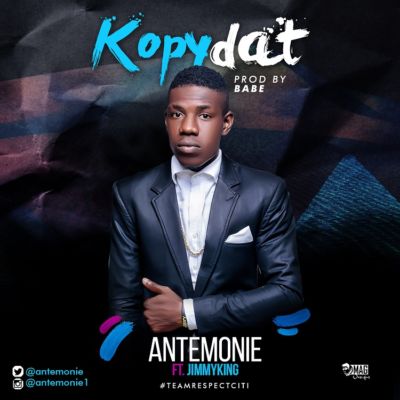 After the succesful release of EGBAMI as at November last year, ANTEMONIE makes his first appearance into 2016 with another smashing single making it his second official debut.
The new single KOPYDAT is the title featuring RnB singer, JIMMYKING on the hook and was produced by the talented producer BABEONTHEBEAT. Mixing and mastering was done by PLAYHOUSE AFRICA.
Download this great tune from Antemonie below and share your thoughts.
Antemonie – “Kopydat” ft. JimmyKing
Tags: AntemonieJimmyKingKopydat
Share160Tweet100Share40
Previous Post

R&B singer, JimmyKing is back after a long hiatus from music. His previous singles "Pillow Talk (Cover)" and "Romantic (Cover)"...