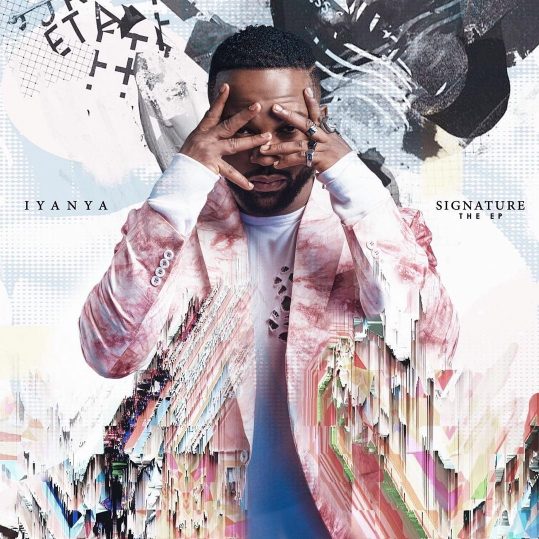 Iyanya’s signing to the Supreme Mavin Dynasty has to be the next best thing ever to have happened in the course of his musical career, the first of course being that he co-owned MMMG alongside Ubi Franklin that founded afro pop star now turned global music sensation, Tekno. Truly speaking, my doubt reared its ugliness when news filtered in that he was going to be pitching tents with Don Jazzy and his kids. But 2 demure singles and a statement EP, sorry I meant to say signature, I’m actually now looking up.

The Mavins have established a working chemistry in music with all the elements of nature (water, air, fire and sand). Tiwa Savage especially, Don Jazzy of course and then Reekado Banks too, can sing with pretty much anything; be it birds of the air, dolphins in the sea, fire on ice, weeds on dry land… you name it, their track record speaks volumes for them. Even Iyanya before this dispensation of Mavins had been slaying features since his breakout days at Project Fame. More intriguing is how he found a way to work that Okamfo seloquesence with Lil Kesh, which was housed on his Applaudise album. So if it’s versatility (or shall we rather call it blend-ability) suffice to say Iyanya’s gat it!

Being one of his strongest feat, he brings it all to bear on the Don Jazzy-Altims-Babyfresh finely executed project. Songs like Baby Answer and Bow For You are fused with hot cultural elements. You can’t help but bop your head to the beats kicking intermittently. The strings add a special treaty to Iyanya’s voice starting first in a unison of trebles, and later parting out into melodious harmonies. Celebrate highlights his grasp in lyrical fitness; dissociating himself from those four-lined, sparsely lyric-ed artistes. But just so we do not lose focus of the many many words adapted in the verses, the prehook and chorus follow simple rhymes and repetitions.

Hold On and Not Forgotten are intense songs. While the former explains the difference in the feeling of romance and true love using jolly sensual contexts, the later is a tribute to his mother which takes on the sheer and poetic brilliance of Poe. The density in the structure of the songs are far deeper than the presumably direct message that their titles relay. Nobody Has To Know is some baby making stuff. This is also another field where Mr Mbuk dominates. How he applies his voice so sexually and corners his riffs and runs like he’s sliding in – that’s art! Odoyewu and Up To Something in my opinion are just for jonze. They’re sweet, yes, but then again they’re also making brain just not in ways you’d have expected. I mean, the sound of Don Jazzy alone, you can already figure what he’s about.

Signature EP is the pop star’s reintroduction to music. A lot of thoughts have been spun around his musical persona ranging from how he’s lost it vocally (which I one time believed too) all the way up to how he lost musical direction (which was what eventually turned out to be the case). For an artiste with deep roots in rhythm and blues (obviously not the easiest, yet the most sensitive genre in music), and such commandeering tenor, ardent fans shared in the discomfort that Iyanya’s loss of self had created while he desperately worked tirelessly to fill a round vacuum with square pegs. The contrast of Iyanyas then and now, interprets a terrible place that wrestled his creative ability.

And that is why this music project is basic as can be. It only reminds us all the other good ways Iyanya can be – as an artiste – that he hasn’t been in quite a long while now. It doesn’t exactly show an upper advancement of his music persona. The other difference is that you can literally hear how he is basking all over with glee now as he sings; enjoying the moment and having as much fun doing what he loves unlike before when it all seemed like tardy work, and he just had to do it in order to get paid. However, I recommend that Iyanya fasten tight to whatever it was that reconciled conscience from his contrite self with the wisdom to make new and sincere music. I believe it’s gonna  work out on the long run, and the benefits will align with time. He only needs to remain keen and be as effective on every note ‘cos I for one, am ecstatic to see how the results play out.