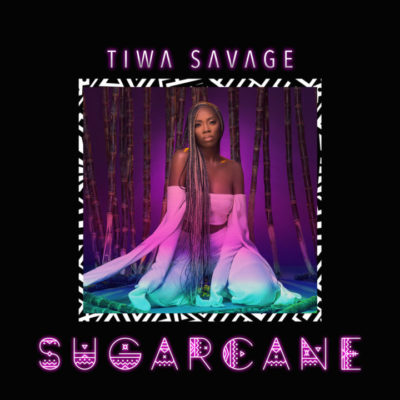 Her last album R.E.D, came packaged with plenty sauce, but it was however met with a mixed reaction based on expectations fans thought she had failed to deliver on. Unlike other stars who would have been too quick to dismiss the comments and criticism as nothing but pure hate, it appears Tiwa took heed to constructively review the feedback, and you can hear the result on her latest EP – SugarCane.

I’ve followed Tiwa since her days at X-Factor UK in 2009, to when YouTube covers were the sh*t in 2010, till her performance at The Future Awards nominees party in 2011 when she was a pretty standout upcoming artiste. And not once ever did I find her vocal prowess to be in question. However with the variety of talents breaking forth the music scene and the alarming rate at which the dynamism of Afrobeats is raping the industry, her vocal image has had to be projected in a different light. But it’s not like as if she stopped being a beastess when it comes to her sing-song artistry, it’s just pertinent that we get to enjoy and appreciate the other ways her skilfully beautiful and dramatic voice can be, when she’s not hitting the high notes. If you didn’t find it enough with the moderate appropriation at which she served it on R.E.D, then maybe this EP will do apt justice.

Emotion, in my opinion has always (and will always be) the foyer of music. I do not think anything else better encapsulates and communicates the feeling of truth or realness in music. Tiwa’s Sugarcane EP embodies that in very beautiful and sweet shortness. Themed majorly on love, which is everything she’s feeling right now, Tiwa breaks into a sonorous journey of wanting love, needing love, finding love, being loved and giving love on the 6-track EP rendered in a flavour of genres from Afro to funk, house, pop, R&B and trap.

Tiwa doesn’t only emancipate on the EP with the order of sounds and her benign-style vocals, she beams her award-winning lyrical writing art by lacing songs like All Over, Hold Me Down and SugarCane with thought-engaging innuendos and metaphorical representations in very stellar expression. It becomes an artsy affair when she trips down her impeccable showcase of western influence and comes into being the uptown girl from Isale Eko singing ibadi mi jo disco on ‘All Over’ and Yoruba *** like ribiribi and roboskeske on Get It Now and Ma Lo.

One major point to digest from the efforts expended on Tiwa’s EP is how being liberated to self can give better focus and clarity in a view to one’s life work. It only took the genius of Spellz, P2J, Maleek Berry and Babyfresh to apply their individual understanding of beauty on Tiwa’s creative navigation in her design of artistic freedom. And that’s what any good music should really be about – showing traits of rawness, sincerity, exuding content but at the same time without commandment – just like the Sugarcane EP!

L.A.X makes it the ladies affairs as he enlist Simi and Tiwa Savage for the Remix of his buzzing hit...