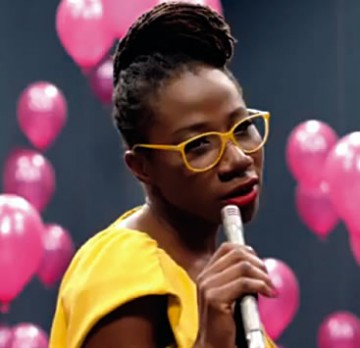 Born Bukola Elemide, Asa was born in Paris, France to her Nigerian parents. Her family returned to live in Nigeria when she was two. Asa grew up in Alagbole, a boader town in Ogun state near Lagos, in the south-western part of Nigeria. Whenever Asa came home from school in Nigeria, she discovered musical acts like Erykah Badu, D’Angelo, Raphael Saadiq, Lauryn Hill, Femi Kuti and Angélique Kidjo. This was while she was in pursuit of educational excellence, and these musical acts are whose footprints she dreamed of following.

She has been singing since she was young that’s why she went to Peter King’s Music school and learnt the guitar. In 2002 she came to France on a Jazz project with Nigerian musicians and then in 2004 she came back to Paris to start her career. She had a fund from the French cultural center of Lagos. Moreover she worked with Manu Dibango. Then she recorded her first album and the songs are in English and Yoruba as she can’t speak French very well, but she wants to learn the language.

The Way I Feel