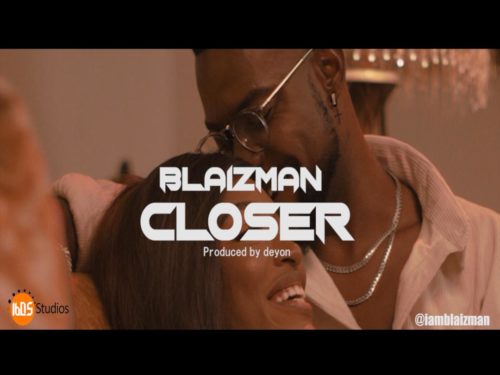 BLAIZMAN is out with a new single titled “CLOSER“.

The Deyon produced smashing single is premiered with a detailed crispy music video directed by DirectorTyla.

BLAIZMAN is an acronym for “Black is a Zealous Man”. He is a fast raising Nigerian music artiste and entrepreneur managed by 1605 Studios – A brand and talent management company. He has recorded and released quite a number of songs and music videos to his credit. He dropped an EP in 2019 titled “Believe It.”

I recommend you stream and download ‘CLOSER’ by BLAIZMAN. Enjoy!

Watch the official music video for ‘Closer‘ directed by DirectorTyla.

Check him out on Twitter/Instagram: @iamblaizman and follow for more updates