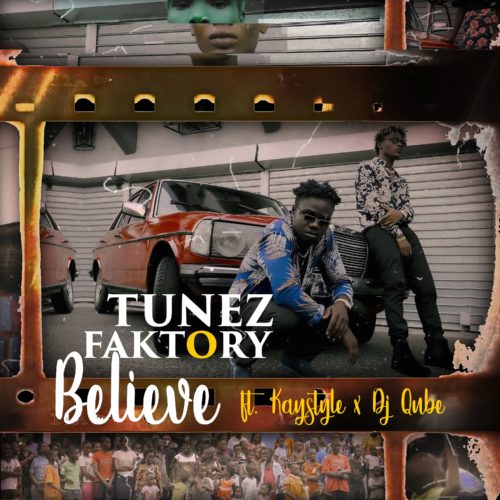 Tunezfaktory is a music production duo which featured two of it’s producers Kaystyle & DJ Qube who are port harcourt boys based in Lagos on the list of Artistes To Watch out for in 2019,just released their single “BELIEVE”.

The motivational street-hop bop gets a fiery treatment with vocal contributions from Kaystyle & DJ Qube.
The Visual to “BELIEVE” was shot by Ahmed Bello

Hot enough to take the cut to the next level? Check on it and give us your feedback @tunezfaktoryng!

Watch the visuals accompanied with the song below