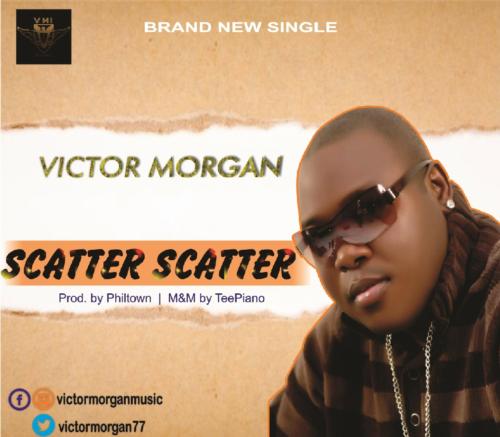 Victor Morgan International records (VMI} presents Victor Morgan the international super star from south south Nigeria who he is a Singer, Songwriter and a Performer. He started music at an early age of six, He travelled at an early age abroad where he met his former Band LES BABACOOLS in the city of Munich, Germany. He led the Band as a front-man in winning the”FEIERWERK” competition in Munich. He Toured with the Band and played with Artist such as Shaggy, Duncan Mighty, Snopp Dogg, Gentleman e.t.c

Victor Morgan has come to take Africa by the storm with his Recent Single”SCATTER SCATTER“.

Listen below and watch out for this Amazing Artist.